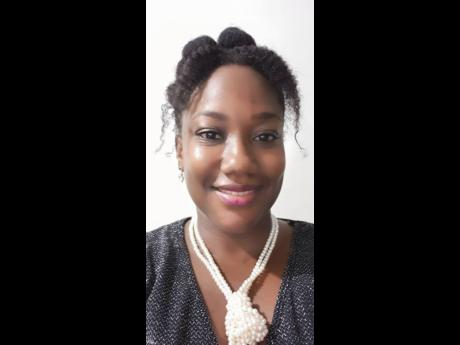 Content editor and youth language coach, La-Toya Samuels-Cousins, has launched a literacy programme aimed at igniting a passion for reading in young children.

The 36-year-old told The Gleaner that Penpals Writing Club was birthed from a genuine love for literacy.

As a teenager, she always wanted a career which involved working with youths, and envisioned herself operating a children’s home or adopting a few children.

But those visions did not quite materialise.

Instead, she earned a degree in language and communication and gained experience in education while working with children in France.

“When my first child turned five years old, I realised he was not that child with a natural love for reading. Realising that many other children were just the same, I decided not to force it upon him but to expose him to the process of creating, in order for him to build an appreciation for the end result,” she recalled.

As time passed, she thought of extending the opportunity to other children and create a network, especially across the Caribbean where children would learn to improve reading, communication and writing skills.

Plans for the club’s location and other prep work were in train but the launch was eventually decided by COVID-19.

The club launched via Zoom on May 31, 2020, targeting children ages six to 14 years. So far, 13 children are engaged, three of whom reside in Canada.

Sessions are held twice a month on Saturdays and focus is placed on a theme, derived from merging cultural studies and grammar education.

“In the getting to know segment, the club members are introduced to someone, especially in the creative industry. We have done a few virtual tours around the world, including South Africa, looking at their culture, and this is usually followed by practice in the area,” she outlined of a typical session.

The members are also advised of literacy competitions or opportunities and are guided accordingly. One member was awarded with high commendations from the judges in a recent competition.

“The programme is all about youth and literacy, so as long as there is a need to guide young ones, especially in the Caribbean, the club will be at their disposal. The goal is for Penpals Writing Club to become recognised as an agent for youth creativity in Jamaica, and the Caribbean, by extension. I want young people to see the power in literacy and to have fun learning the art,” she remarked.

Parents who desire to have their children become members may contact her at 876-527-0341 or editsbyladash@gmail.com.