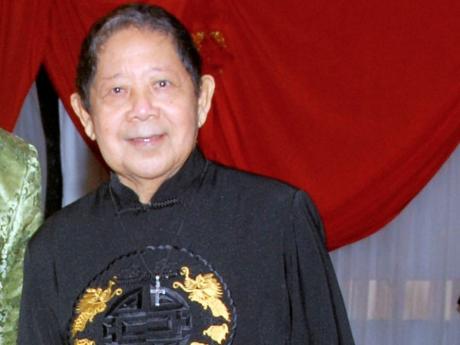 Easton Lee was born in Wait-A-Bit, Trelawny to a Chinese father and a Jamaican mother of mixed racial heritage. From his early years he was fascinated by the many intriguing layers of Jamaica's culture, and he used this, alongside his rural childhood experiences as a backdrop for his many creative pursuits.

He was the author of several books including From Behind The Counter: Poems From A Rural Jamaican Experience. He also wrote, produced and directed Jamaica's first play for television in 1965 called Paid in Full.

Over the years, he was the recipient of numerous awards for his contribution towards the development of Jamaica's culture, including the national award of CD (Commander Class).

Communications consultant Fae Ellington enjoyed a close friendship with Lee and his family, and she recalled his outstanding pioneering work in broadcast media at the Jamaica Broadcasting Corporation (JBC) and later at Jamaica Information Service (JIS), also called API while he was there.

But more than anything else, she reminisced with great fondness about the artistic brilliance of perhaps his best play, The Rope and the Cross.

"That production was a sensational and defining moment for theatre in Jamaica. It ran for several years in the 1980s and it travelled throughout the island, playing to sold out audiences at several churches around Easter time," Ellington said.

"It also created a lifelong bonding among the actors that included the recently deceased  Roonie Chambers, and Alwyn Scott, Grace McGhie, Margaret Newland, Leonie Forbes and myself. Easton was family to me and we will all miss Easton dearly," Ellington lamented.

Later in life, Lee was ordained as an Anglican priest and he served at St Margaret's Church in Liguanea.

He was also the director of the Hillcrest Diocesan Retreat Centre in Brown's Town, St Ann.

"Easton Lee came to the ministry not as a blank slate but he was loaded with a rare cultural richness from his artistic side that included his accomplishments in poetry, plays, his writings and other artistic endeavours," Rev. Dr Howard Gregory, Archbishop of the Anglican Church in the Province of the West Indies told The Gleaner.

"He was always passionately supported by his wife Jean and he offered the best of himself to the church and to Jamaica. We give thanks for his life and his gifts," Bishop Howard added.

Details on a celebration for his life will be announced at a later date.