Tufton to meet with key stakeholders on COVID vaccine roll-out 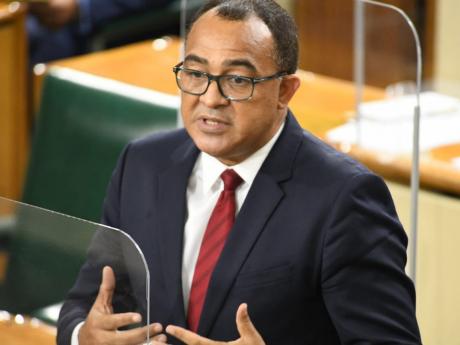 Tufton said the talks will include the National Vaccine Commission, which is the group of stakeholders from the various sectors of society, and the National Coordinating Committee, which is the technical working group comprising of clinicians and other public health specialists.

Health and Wellness Minister Dr Christopher Tufton says he will be meeting with key stakeholder groups over the next week to finalise plans to introduce the first set of COVID-19 vaccines.

The talks will include the National Vaccine Commission, which is the group of stakeholders from the various sectors of society, and the National Coordinating Committee, which is the technical working group comprising of clinicians and other public health specialists.

Tufton added that The Ministry will also convene a meeting with private practitioners from across the island to discuss their role in the distribution of the vaccines, especially among the high risk groups.

Tufton told parliament this afternoon that Jamaica is set to receive doses of COVID-19 vaccine earlier than the April date which was previously announced.

He said Jamaica will get approximately 140,000 doses of vaccines from World Health Organization’s COVID-19 Vaccine Global Access (COVAX) Facility and up to 249,000 of the AstraZeneca vaccines starting in mid-February.

“This means that some 125,000 Jamaicans could receive the vaccine in the latter part of February into March,” Tufton stated.

The COVAX Facility is designed to accelerate equitable access by countries globally to safe COVID-19 vaccines.

Tufton had previously announced that 292,399 doses of the vaccines, which is enough for five per cent of the population, would be delivered in April.

There was a target for 16 per of the population to be vaccinated by the end of the year, but with the added doses, Tufton said approximately 450,000 Jamaicans could be inoculated, which is closer to 17 per cent.

“It likely that the allocation could be adjusted. It could be adjusted downwards or upwards depending on the present global circumstances and any anticipated challenges that this facility may encounter which most likely would be issues around manufacturing.

“But to date, so far, so good, the commitments have remained true,” Tufton stated.

Tufton also indicated that talks continue with five other countries and one other facility about the potential of getting information on the vaccine from them, all of which are in advanced stages.

“Jamaica has made a formal request to the CARICOM (Caribbean Community) Secretariat for some 250,000 doses of vaccines as determined by the Caribbean Health Agency from the 1.5 million doses allocated to CARICOM by the African Medical Supplies Platform (AMSP),” he disclosed.