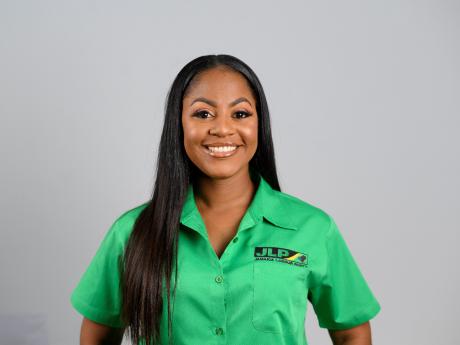 Jamaica Labour Party (JLP) councillor Kari Douglas was last night arrested and charged for assaulting and obstructing the police during an operation in Swallowfield, St Andrew.

The incident took place about 8:30 p.m., half an hour into the national curfew started at 8:00 p.m., when the police was responding to a gathering in the community. Douglas, as an elected official, is among the category of people exempt from the curfew.

Commanding Officer for the St Andrew Central Police Division, Marlon Nesbeth, confirmed the details with The Gleaner this morning.

Nesbeth said Douglas allegedly used her vehicle to block the police in effecting the arrest of an individual from the gathering.

Following the incident she turned up at the Stadium Police where she was arrested. She was granted station bail and is scheduled to appear in court on March 16.

In September 2020, prosecutors withdrew a charge against Douglas for breaching the Disaster Risk Management Act. The charges had stemmed from an incident in April in which it is alleged that she became boisterous when she was stopped by the police along Meadowbrook Avenue in St Andrew.

Douglas is the councillor for Trafalgar division in the Kingston and St Andrew Municipal Corporation (KSAMC).

The Gleaner sought a response from Douglas, but she directed us to her attorney, Peter Champagnie.

"I am yet to meet with Miss Douglas, because, as you would appreciate, this incident just happened last night. I had a brief conversation with her and certain concerns have been raised in relation to the protocol regarding curfews and so on," Champagnie disclosed.

He revealed that his client has said that she has not done anything to warrant her arrest. Champagnie called the incident unfortunate.

"It's a matter that clearly would have to be played out in court. There are going to be challenges, because it seems to me with all of what is happening, especially when you have persons in the political field that are as active as she appears to be, and interfacing with the community and so on, sometimes these things may happen,"  he said.

"I'm not trying to come down one way or another," he continued, "but it's just by way of making a comment, and one wonders if, because of her history- in terms of her political history- you may wonder if this is coincidence. I don't know," Champagnie said.

Douglas, a former member of the opposition, People's National Party, crossed the floor in the KSAMC to the JLP in February last year.

Champagnie said Douglas is to meet with him in the coming week.