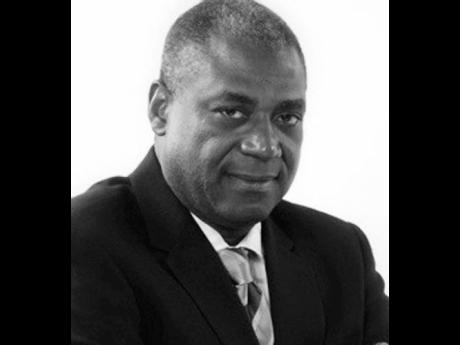 Jamaica-born Canadian judge, Aston Joseph Hall, has been appointed associate chief justice to the Ontario Court of Justice – the first black legal practitioner to hold the position in the province.

The appointment, announced by Attorney General Doug Downey this week, takes effect on June 3, 2021 and comes four years after Hall was appointed regional senior judge for the Toronto region.

In that role, he supervised sitting judges and justices of the peace and provided judicial oversight to the amalgamation of the new Toronto courthouse and Toronto Region Bail centre, a release noted.Judge Hall was born in Kingston, Jamaica, and went to Canada in 1983.

In an earlier interview with Canadian journalist Ron Fanfair, Justice Hall spoke to his influences.

“I didn’t accomplish this by myself,” he said.

“I have had significant community support. I am standing on the shoulders of giants. They did what they did and I am where I am. I have also had enormous support from the larger society as well. There are a number of decent people who have been so helpful.”

He gives much praise to his late maternal grandmother, Estelle Weir.

“I came from a single-parent family and she raised me. The only things she had to offer me in a very loving environment were care and education. She believed in education and insisted I had to attend school. Having her attend my graduation from law school was extremely satisfying for me.”

A graduate of Osgoode Hall Law School, where he received his Bachelor of Laws and Master of Laws, he was called to the bar in 1995 and appointed as a judge of the Ontario Court of Justice in 2011.

From 2015 to 2017, he was the local administrative judge for the Scarborough courthouse.

During this time, he was the chairman of the Operations Committee, supported in the creation of a specialised court for indigenous people, and developed a programme for Black History Month to celebrate diversity and the contributions of African-Canadians in the development of Canada.

As a regional senior judge, he continued to be an active leader and a member of numerous judicial committees that created change, promoted diversity, and modernized Ontario’s court system. Jamaicans in Canada: When Ackee Meets Codfish, which was published in 2012 to celebrate Jamaica’s 50th anniversary of Independence, notes that Justice Hall was a counsellor for the defunct Black Inmates & Friends Assembly that provided a discharge-planning service for black inmates in the federal and provincial penal systems, where he consulted and assisted in the rehabilitation process for black youths.

It notes that Hall was also an occasional instructor with the former North York Board of Education, instructing primary school students in African and Caribbean history and a founding member of Caribbean Share – a young offenders programme that assisted black male inmates with rehabilitation and educational and support programmes, Fanfair notes.

“The JCA congratulates our long-time friend and supporter, the Honourable Aston Hall, on his appointment.”