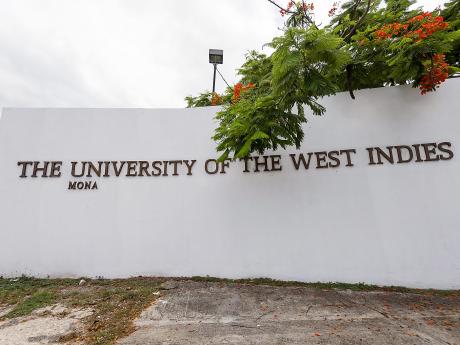 Principal of the UWI, Mona campus, Professor Dale Webber, said the contribution from the Government was not enough and leaves the university with a 40 per cent shortfall to keep the campus operating.

The finances of The University of the West Indies, Mona, are in jeopardy, a state of affairs which chairman of the campus council, Earl Jarrett, admitted is threatening the viability of the largest university in Jamaica.

Minister of Education, Youth and Information, Fayval Williams, at a meeting of the Standing Finance Committee of Parliament on Thursday, said the Government would allocate $9.2 billion to help fund the institution in the new fiscal year.

However, Principal of the UWI, Mona campus, Professor Dale Webber, said the contribution from the Government was not enough and leaves the university with a 40 per cent shortfall to keep the campus operating.

“The Government's contribution continues to be an important and pivotal part of running the campus, but it has been consistent. And that consistency means that with the same amount of money or a marginal increase of two per cent this year which is what it has been since 2009, but with an increase in numbers from 14,000 students up to 19,000 students, the percentage contribution has fallen,” Webber reasoned at the council meeting yesterday.

The policy whereby the Government was obliged to fund a specific share of The UWI’s operations had ended from about 2009.

“Let’s say the Government contributes 40 per cent, students contribute 20 per cent, it means that there is a 40 per cent gap that needs to be closed by the operations of the campus through commercial operations and special programmes.

“That is jeopardy this year as we have had issues with our commercial operations because of COVID,” the principal said.

A number of commercial operations at The UWI have been severely hit as a result of the absence of students on the campus because of COVID-19 containment protocols and therefore drying up that stream of income for the campus.

At present, The UWI is running a $1 billion deficit, down from $1.6 billion last year.

"We at Mona are at a crossroads, the rubber has hit the road. Mona is in need of a revolution," said The UWI vice chancellor, Professor Sir Hilary Beckles, yesterday as he reflected on the state of the campus.

Beckles disclosed that three days ago, other governments in the Caribbean had strong hesitation approving the budget for The UWI, Mona.

"We had a difficulty. We had a challenge, simply because we were coming to that approval process with a budget that clearly displays a significant measure of deficit financing at a time when the culture within the region is moving towards balance budget presentation," he added.

The UWI Mona, it was disclosed, is carrying more than 60 per cent of the regional university's overall debt.

"I wouldn’t wish it to be said again in any university meeting that our oldest campus is somehow a weak link in our chain," said Beckles.