Stop with the whining! 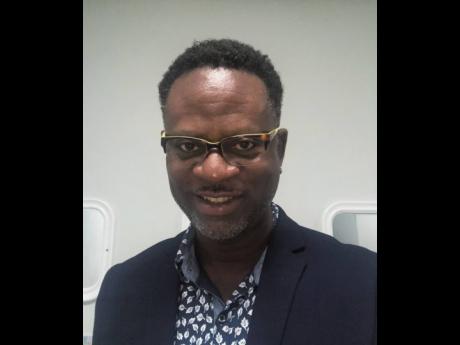 It’s Passion/Holy Week, and unlike years before, many will have to commemorate this special Christian holiday from within the four walls of their homes, especially if their names did not make it on the specialised list of 12 authorised by the police to attend physical service on Good Friday or Resurrection Sunday.

This and other recently announced lockdown orders have caused some members of the Christian community to sound their own trumpets, accusing the Government of persecuting the Church.

One pastor was even arrested following public remarks made against Prime Minister Andrew Holness.

While many churchgoers share the view that the Government is fighting against the Church, there are those who do not quite agree and have been reeling from ‘second-hand’ embarrassment.

“The argument that the Church is under attack by the Government has had a full year’s life cycle. I recall seeing a video online some time last year from the same ‘Apostle’ whose ‘act’ earned him a stay in lock-up during the week of March 21, 2021.

“Back then, as news broke from one of the many press briefings from the Office of the Prime Minister that churches were to have reduced numbers in attendance, and then that churches were to be closed, I read with eyes rolling some of the comments on social media from members of the church community. I noted the alarm of the kinds of proportions that suggested the sky was falling. One year later the sentiments seem to have gained vim, vigour and vitality,” remarked theologian and pastor, Teddy Jones.

Admitting that though he has his own concerns about the overall approach that has been taken in the management of the virus on the island and the current slew of lockdowns, the behaviour of the saints is quite alarming, to say the least.

“Just stop with the whining! Our brethren couple miles west of us in Cuba have been living with church lockdown for decades. They have grown by leaps and bounds. Those in the Middle East and Asia and Northern Europe likewise. Stop the cow bawling. The sky is not falling. Let the church be the church.

“For years now, I have been teaching that the Caribbean Church needs to lose its love affair with the concept of church as a building and focus on church as people and Christianity as living out the Kingdom of God. The problem is with our theology. What is now painfully obvious is that all some churches had were the buildings. Take that away for a weekend or longer and well … they are left with nothing. I congratulate the church leaders who have hunkered down, prayed fasted, waited in the silence to hear the voice of God, searched the Scriptures to come away with innovation, power, wisdom to operationalise new modes of doing what church does: Bring the transformative love of Jesus to those who need it lockdown or no lockdown,” he shared, adding that this behaviour was the Act of the Apostles.

Jones also registered a loud lament that neither Government nor the faith community has seen it fit to designate pastors as essential workers at such a time as this.

He shared, “Our hospitals do not currently have an adequately organised official chaplaincy system, yet the level of anxiety, despair and existential crises that no doubt prevails at the hospitals among staff and patients must be at an all-time high. This is an opportunity for the clergy to recognise a vacuum and come together towards filling it. It is my hope that this is something the current administration will favourably consider.”