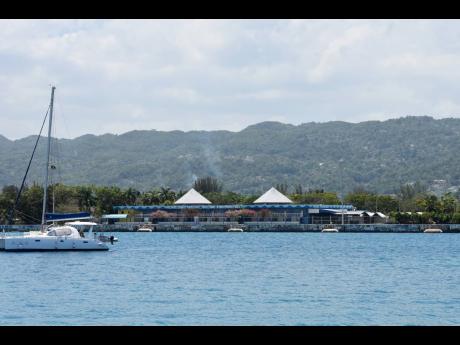 Photo by Janet Silvera
The Montego Bay Cruise Ship Port has seen reduced traffic since the industry collapsed after the coronavirus pandemic ground seaborne tourism to a halt. 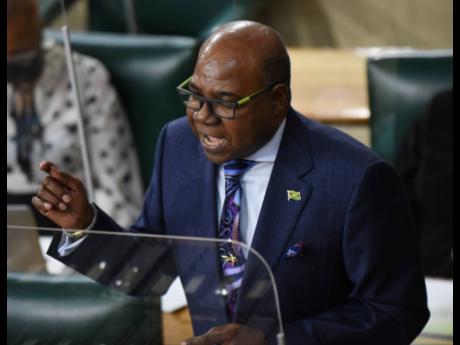 Ian Allen/Photographer
Edmund Bartlett, minister of tourism, makes his Sectoral Debate presentation during the sitting of the House of Representatives in Parliament on Tuesday.
1
2

In the wake of the capsizing of the industry in 2020 under the weight of global COVID-19 restrictions, Jamaica anticipates welcoming 570,000 cruise shipping visitors and one million stopover travellers by year end.

Spurred by optimism, Minister of Tourism Edmund Bartlett told lawmakers on Tuesday that the cruise ship sector was likely to return in June 2021.

Confirmation came weeks ago from Norwegian Cruise Line (NCL), which will homeport in Montego Bay in August, with a vessel that has the capacity to carry 3,800 passengers. NCL has pumped US$1 million into recovery efforts for the island, Bartlett revealed.

The money will provide well-needed assistance in building out the health infrastructure needed to facilitate the resurrection of cruise tourism in an era of heightened safety because of COVID-19 safety fears.

In sync with United States Centers for Disease Control and Prevention protocols, all passengers will be required to be fully vaccinated and tested prior to boarding a cruise ship to the island. The new technical instructions include increasing from weekly to daily the reporting frequency of COVID-19 cases and illnesses, and implementing routine testing of crew based on a ship’s COVID-19 status, as well as establishing a plan and timeline for the vaccination of crew and port personnel.

More important, local suppliers are to be incorporated into the value chain, supplying products and services, such as food, water, transportation, entertainment and cultural items, to the homeporting vessel.

“This underscores how important homeporting is, as it will bring more value and serve as an economic driver that will benefit thousands of Jamaicans, including small entrepreneurs,” Bartlett said of the prospects of a return to buoyancy.

Land-based visitors have been keeping the island’s airports busy the first three months of the year, with 40,055 passengers arriving in January, a slight improvement to 40,076 in February, and a large jump to 69,040 in March.

According to Bartlett, the outlook is positive, as the industry expects to realise growth of 122 per cent on earnings and 236 per cent in visitor arrivals.

Since March 2020 when Jamaica closed in borders, foreign-exchange inflows fell by 74 per cent, a decline of US$2.5 billion, setting the country back by 30 years, both Bartlett and the country’s minister of finance, Nigel Clarke, have argued.

“The numbers tell the story. Tourism is a key driver of economies across the world, including that of Jamaica, through job creation, export revenues, infrastructure development and new business,” Bartlett said.

The tourism minister also announced a raft of tourism investments in the accommodation sector which, he said, would put the country ahead of the rest of the region as the only island this side of the world capable of boasting significant foreign direct investments in a pandemic year.

A 719-room resort in Richmond, St Ann, is among a number of hotels being built or upgraded, with Princess Resort in Hanover being the largest with 2,000 rooms, and the Hard Rock in Montego Bay adding 1,700 to the inventory over the next two years.

A total of 4,800 rooms are being added to the island’s accommodation sector.

Tagging the investments as a vote of confidence in the country, the tourism minister also announced that the long-awaited Harmony Cove project in Trelawny is set to continue during the 2021-22 fiscal year.

The US$7.5-billion development, which has been on the books for more than 10 years, will include several luxury hotels, world-class golf courses, a luxury spa, marina facilities, commercial developments, and private residences.