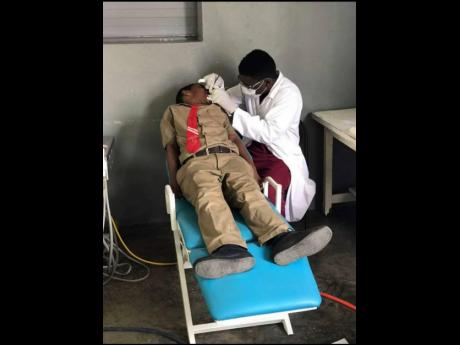 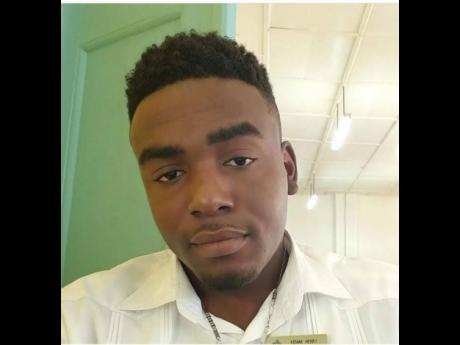 TWENTY-FIVE years ago, a premature baby born to a 14-year-old girl was left in the hospital with the hope that he would receive much better care than she was able to give him.

Today, through the saving grace of a woman who fostered him, Kemar Henry is realising dreams that would have possibly been figments of his imagination had he not received a life he believes only his foster parent could have given him.

“My foster parents, Evelyn and Martin Phillpotts, who were called to the hospital by CDA (Child Development Agency), cared for me since I was four months old. I grew up with their other children who I got along with very well ever since I was there till even now. We consider each other family and still meet with each other and care for each other as best as we can and reminisce on the past.”

Though they are now deceased, Henry said the values embedded in him will cause their spirits to forever live in his heart.

“I believe foster care has been one of the best things that has happened to me because my foster mother raised me with more love than I believe blood parents can provide, literally. The lessons I have learnt and the type of life that I lived so far is phenomenal, and I want to encourage each and every person to hold their head up high and work as hard as they can work to become whatever their heart desires.”

He describes the journey as a foster child as one that expedites growth and forces one to prioritise the important things in life.

“Life as an adopted child was difficult at first due to the unstable emotional aspects. I at first did not know much about my biological history, but my foster mother allowed me to get to know my biological parents, and I made my own decisions consciously at each stage. I had to figure out what I wanted to do with my life and the direction I wanted my life to take when I finally realised that my foster mother was growing older and would not be around forever,” he told Family & Religion.

Henry added: “My most noteworthy life achievement is becoming a Christian in 2008, and that, too, was influenced by the life and conduct of a dental nurse, who assisted to raise me while my foster mother was abroad for a few months. My second noteworthy achievement is my first degree in dental hygiene.”

Henry, who is currently in his fourth year of his doctor of medical dentistry programme remains grateful for the support he has received from the CDA, which he says has been instrumental in funding his studies.

“In the future, I would love to be a doctor of dental surgery/doctor of medical dentistry. Beyond that, I would like to be an influential preacher who leads many souls to God and serve my country and people with the utmost vigour and strength.”

Motivated by those who have touched his life directly and indirectly, Henry says his duty is to now pay it forward with kindness and encouragement to those who can identify with his journey.

“I would like to encourage each person living a similar life as mine that there is no limit or stain on your life. So try your very best to shine brightly and work very hard to achieve your dreams. Just because you are a ward of the State does not make you invalid or insignificant. Only you can decide where your life will go."