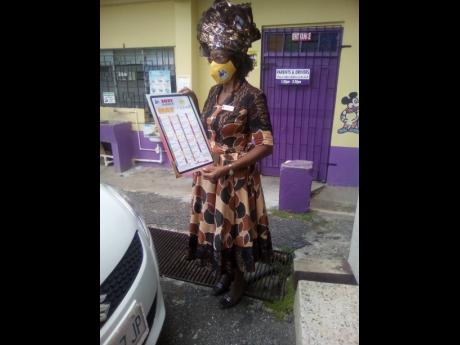 A LEADING child-rights advocate has called for the Government to punish sexual predators by severing their “most treasured organ”.

The urging has come amid a wave of reports of sexual abuse against children across Jamaica, the latest being last Friday’s buggery of a five-year-old boy in northern St Ann. That incident follows the buggery of a 13-year-old girl by five men, also in the parish of St Ann, 10 days ago. All five suspects have been arrested.

Speaking on the sidelines of a church service launching Child Month activities on May 2, Dr Pauline Mullings, chairperson of the National Child Month Committee, lobbied for tougher consequences for the perpetrators of crimes against minors.

“I am of the view that the sentences given to these offenders are not enough. I believe that when a person is guilty of violating a child, he should be castrated. ... He would definitely think twice,” Mullings told The Gleaner.

Mullings, a counsellor, said that she was aware of cases where girls who were the victims of sexual abuse remained haunted by the tragedy – even into adulthood.

“Even when they are married, relationships are destroyed as they were abused as children. The laws must be updated to allow the punishment to fit the crime. The thing is that whenever a child is molested, they are often robbed of their identity, their dignity, and even their purpose,” Mullings said.

She commended the Ministry of Education, Youth and Information for the prospective formation of the 211 helpline, which she said would help the authorities to reach out to abused children and activate response mechanisms faster.

Children’s Advocate Diahann Gordon Harrison expressed sympathy for the sentiments of desperation and outrage that sparked comments like Mullings’.

The former prosecutor lamented that a culture of silence was hampering the rule of law and the swift execution of justice.

“I do understand her frustration, but at this time, there isn’t such a punishment for the perpetrator under the Sexual Offences Act,” Gordon Harrison said.

She emphasised that while police personnel are making reasonable numbers of arrests of perpetrators, the problem is to get the full cooperation of witnesses.

“What I do believe is that more persons should be arrested and charged under the Sexual Offences Act for failing to report these matters officially. What we are seeing are when the case is current, police arrest the offender, the alleged witnesses oftentimes go missing. No statement to proceed on – that must change,” Gordon Harrison said.

Among the concerns is that many adults, especially in the informal settlements, view violations of children’s bodies as ‘just a little sex’.

Child Month activities are being hosted under the theme ‘Strive to Overcome Adversities with Resilience’.