Every month should be Child Month – father 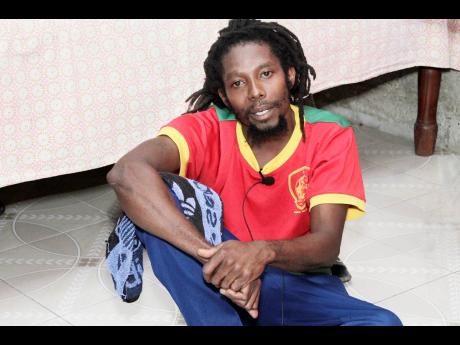 He says the special celebration in May rekindles hope and offers a sense of assurance that children are a priority.

Speaking with The Gleaner at his Oliver Gardens home in Farm, Clarendon, Shortridge said he believes the Government should implement strategies to grant children better access to training institutions, and that society should normalise grooming children to hone the skills of a career from an early age.

“We need to pay more attention to the youth dem and provide more academies to train them at a more earlier stage, because learning start at a tender age,” he said.

When classroom doors were forced to shut due to the COVID-19 pandemic, and with no device or Internet access for his children to tap into virtual lessons, Shortridge says he was adamant that his children would not be left behind.

Shortridge, who has been singled-handedly raising his four sons, has since taken on the role of educator for his children, ages eight, six-year-old twins and another six-year-old. Amid no formal training as a teacher, Shortridge has been planning lessons, and supervising classwork.

Though enthused at the opportunity to teach and spend time with his boys, the father says the task, however, is challenging, citing the struggles of teaching and balancing his job as a vendor.

“It’s not easy, but I try my best to balance it, because they need education, but they also need food, clothing [and] shelter to survive, so without mixing it there’s no progress,” he said.

“We have time weh it easy, and times where it’s complicated. We had a tablet but it break and is a lot a them, so you know it complicated, but we still make it work,” he said in a determined tone.

Shortridge believes his role as a single father has kept him out of trouble.

“Life as a single parent is rough, but it motivate me and keep me safe, because one time when me wasn’t a single parent, me would a normally out deh most a my time hustling fe make them have things,” he said.

Having lost his father to cancer at age two years old, Shortridge told The Gleaner that the emotional trauma of growing up without his dad propelled him to be a better parent to his children.

Referencing the volatile community he calls home, he said he will not be defined by where he is from.

“Good can come, shall come and must come, because we all got good and bad everywhere, so you a fe take the time out and fight the struggles.”

The father says his goals are for his children to live a better life and advance into university, but until then, he is working assiduously to get them a tablet to access online school.