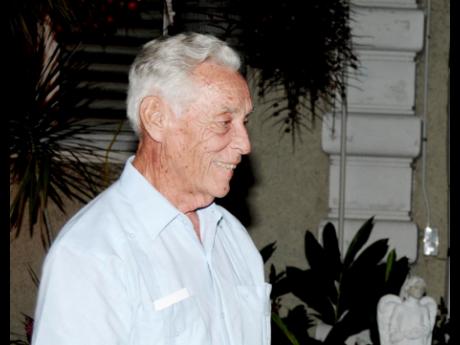 Mackay was headmaster of Campion College for 23 years - File photo.

Reflecting on his passing, principal Grace Baston, said Campion will always be indebted to him for his stewardship.

She told The Gleaner that Mackay was a man of few words, but a towering intellect and brilliant administrator.

“While his predecessors were focused on getting the fledgling school on its feet and dealing with the transition to a grant-aided institution and merger with Sts Peter and Paul High, John MacKay's tenure was the period when Campion rose to the very top of high schools in Jamaica. His leadership was steady and firm, not with fanfare, but with results,” she remarked.

He later shared some of his time at Campion teaching Biology to prepare students for the GCE O' Level examinations.

His return to Campion soon became a permanent one, following his acceptance to join the staff as Dean of Studies in 1973.

He firmly believed that competent teachers were essential to offering high quality education, so a priority of his administration was attracting and retaining qualified teachers.

Mackay was also the mastermind behind Campion's unique shift system, which allows for a two-period difference in shifts, as opposed to the government proposed morning and afternoon shift system.

This staggered day schedule is still practised at Campion today and has been adopted by other schools.

The former principal was also an advocate for Campionites being well-rounded students.

He loved sports and was actively involved in the school's sporting endeavours.

The school's 25-meter swimming pool was constructed in 1979 under his leadership and since that time Campion has been a force in swimming and water polo in inter-secondary school competitions.

Even in retirement, Mackay was in touch with the school, offering advice, where requested and showing interest and concern.

Meanwhile, opposition spokesman on finance and Campion alumnus, Julian Robinson, told The Gleaner that Mackay was not a traditional principal with an imposing presence.

“He had his own style which was generally quiet but an effective and competent administrator,” Robinson said.

The member of parliament added that Mackay's legacy is leading Campion from a small private institution to becoming one of the high schools of choice in Jamaica.

Mackay was also a member of the Board of Governors at Hillel Academy, Association of Science Teachers of Jamaica, Jamaica Teachers' Association and the Archdiocesan Advisory Council.