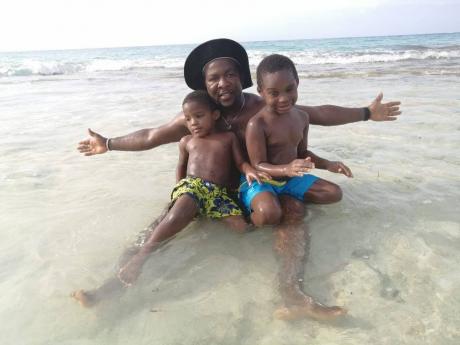 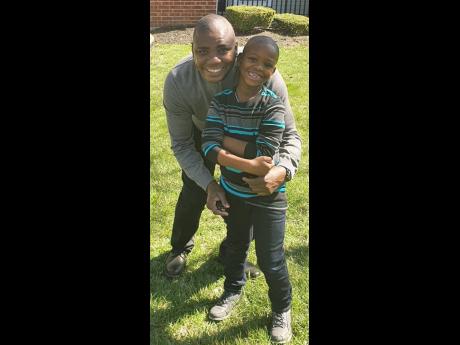 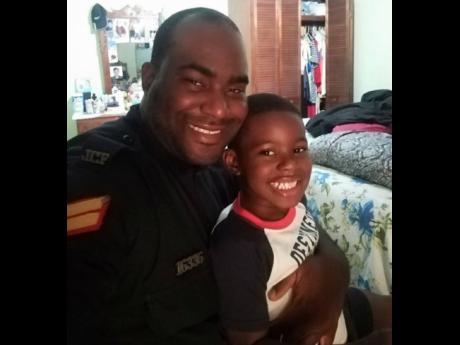 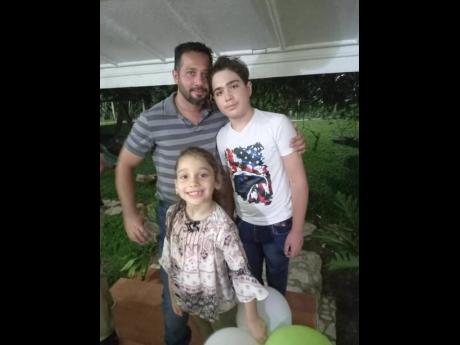 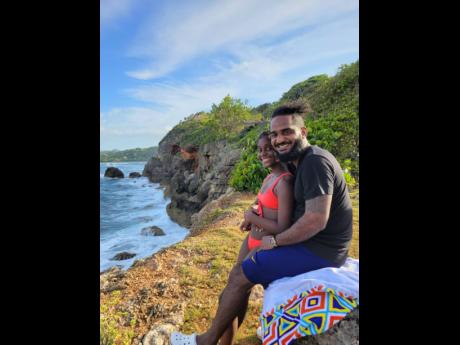 It takes renewed resolve, serious discipline, and undying sacrifice to be a good father during the COVID-19 pandemic. Even more so, it seems, for those risking their lives on the coronavirus front line or for those entrepreneurs trying to weave a business in the double-whammy of a virus-stricken and crime-plagued economy.

For Cuban doctor Enrique Valdes, such values mean relocating his family to Jamaica so that his wife and two children, Enrique and Marina, can be infused into the culture he has come to love – despite Jamaica’s multiplicity of social woes, he said.

Valdes has spent four years on the island, has renewed his medical contract twice, and, along with his wife, has secured citizenship here. Now he is hoping to make his children, who are currently here, Jamaican citizens too. That is his dream Father’s Day gift.

“I love Jamaica, and here in Jamaica you have a lot of freedoms,” chuckled Valdes, a doctor at the Savanna-la-Mar Hospital in Westmoreland, where accident and emergency is usually a cacophony of gunshot and bike accident victims and – since COVID-19 – among the hardest hit by bed and oxygen shortages. There, doctors like Valdes are always on call.

“It does take me away from my family for very long hours, sometimes 24-hour shifts, and I’m not there for them,” he said, words lilting with disappointment beneath his accent. “Here in Westmoreland we have a lot of gunshot victims and you will spend all day in the hospital, leave, and then you have to come back because of a gunshot victim.

“But I still love Jamaica. Jamaica is very nice,” he laughed, explaining his and his wife’s nightly routine of stripping before entering their home and hugging their children. “Can’t take any risks of passing on the virus to them,” he cautioned.

For male nurse Odean Simpson, the perfect gift for him this Father’s Day is to finally migrate to the United States to live with his wife and son. Simpson only recently returned home after spending months on vacation with them earlier this year. But weeks into the renewed separation, Simpson is anxious to leave the island for good later this year.

Specialising in mental health in Mandeville, Simpson has had to balance an uptick in mental health cases since COVID-19 struck last year, and taking care of his own sanity so that he can be the mentor that his six-year-old son, Ameer, needs.

“There have been less human resources for the fact that the Government has been scaling down on staff; however, with COVID we are seeing a lot more patients with symptoms of depression, and so there is an increase in workload per day,” said Simpson, who sees patients both at clinics and at their homes. “Because of that, it is very challenging. By the time we finish working, it is curfew. Because of that, I don’t get a lot of family time.”

Family time for Simpson – like police Corporal Winston Watson – involves hours in front of a computer screen talking to his son overseas. Sometimes the distance pains his heart, especially when he misses promised video calls with his boy.

“Of course, this pandemic can affect your family because you’re working these long hours and then the curfew time is there so people are not even getting a chance to go out, the restaurants are closed so that itself is a challenge,” Simpson said, speaking of his situation prior to his family leaving. “Now, we use a lot of social media and I try to follow up, but I am going to migrate hopefully by August. That way I can see them full-time.”

Watson, a member of the Jamaica Constabulary Force for several years, is stationed in St Ann, but his son, Leandre, lives in Kingston with the boy’s mother. COVID-19, he said, has brought a lull in instances of road accidents that would usually keep cops busy in the popular tourist parish, but a rise in domestic cases often brings his less-than-ideal relationship with his son into focus.

“Since COVID we have had a reduction in serious crimes: shootings and accidents, so we are not seeing the amount of carnage that we used to see. But we still have the robberies and the break-ins, and also a rise in the domestic cases that we have to respond to at nights,” said Watson, who spends many nights patrolling gang-infested communities.

“I can’t really get to come up (to Kingston) as much as I would want, and most of the time I don’t really want to expose him to certain things. I see him probably two times a month, most of the time it is over the phone, but he is a man who doesn’t too like the phone thing,” he said of his six-year-old.

“It doesn’t feel good. Sometimes I feel less than a father because I would want to be there to help him with school. But because of the distance and work, that is not possible,” Watson said. “But this Father’s Day I plan to spend some time with him. I am going to pick him up on Friday and carry him to look for my father. After that, we spend the day and chill.”

For entrepreneur Lyndon Dawes, owner of A.T.E Jamaica, he only has to wake up on Father’s Day as his fiancé and 12-year-old daughter Layla are planning something big. Dawes, who sells adult toys, is among a few entrepreneurs in Jamaica whose businesses have turned a profit since the pandemic last year.

That growth and the success it brings means a stricter leash for his daughter, who has no access to goods or the company’s online business pages, and who he said must keep her grades up in exchange for her wishes.

“My business is adult toys and she is 12, so you know I have to do everything to keep her away from the business. Other than that, I think that being close to her is part of being a good father. You always have to be a friend, and she knows she can come to me and talk. She doesn’t feel afraid. I try to be as open as possible because I don’t want her to go out and experience things somewhere else,” he said, adding that a greater bond was wounded when his child became sick with COVID-19 months ago.

“After catching COVID she was hospitalised for a while. Seeing your child in the hospital bed really gives you a reality check,” Dawes continued, adding that the pandemic has brought him closer to his daughter.

With more than 249 young girls pregnant since 2020, such guidance by fathers is imperative, argued Clive Mohalland, investigator at the Child Protection and Family Services Agency (CPFSA), and father of boys Mosi-kibwe (five) and Ziraili-manu (four).

Some cases bring tears to his eyes, said Mohalland.

“Sometimes it is heart-rending for me, as a father, when you hear how some children are being treated by their fathers who are not helping. It hurts me to know that I am a father who is trying his very best to be there for my children and then you have some fathers who are not doing the basics,” he said, adding that there is also the other side of the coin.

“I recently worked with a father and to see how happy he was to see his son after so many years of the mother holding the child away from him. I’m not going to say that I cried but it brought tears to my eyes to know there are still fathers out there who are willing and want to be in their children’s lives,” said Mohalland.

He, too, has grown closer to his sons, as the COVID-19 pandemic and restrictions have forced them to spend more quality time together.