Sympathy in Dunkirk for ex-con in failed US boat migration 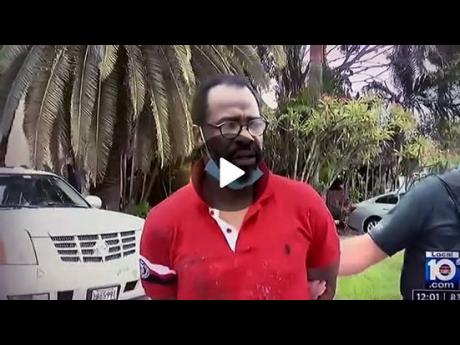 File
Dean Cooke, also known as ‘Boobie Speng’, is the bespectacled man in handcuffs in the viral video who told a Florida television station that he “really want to leave because no life is in Jamaica right now”.

Although not currently on the local police’s radar for any crime, 53-year-old Dean ‘Boobie Skeng’ Cooke, who was among Jamaicans seeking illegal entry into the United States by boat last week, has reportedly been in and out of prison for most of his adult life.

At one stage in November 2000, having escaped custody, he was sentenced in absentia to a total of 25 years in prison on charges of rape, shooting with intent, and illegal possession of firearm.

He was also slapped with an additional charge of escaping custody after he drove away a police car that he was being transported in to the Circuit Court while it was left unattended on Princess Street in Kingston.

Because of his exploits, Cooke was said to have wielded major influenced in the Dunkirk community in east Kingston after his release from prison after an extended sentence.

And while some persons, including his elder sister, declined to talk about him when The Gleaner visited the community, others gave guarded comments under condition of anonymity.

“Mi hear him tell the youth dem sey him have to cut (leave) because police waan kill him, and him friend them waan kill him,” said one resident, who grew up in the community and knew Cooke all his life.

“I will say he is good and bad. Him get lock up fi rape and them thing deh, but him a try change, but even though him a change, a whole heap of people don’t want to accept this because of him past, but since him get out of jail ‘bout four months now, him a try cool,” the resident added.

Cooke figured on the police’s most wanted list in September 2019 and was taken in on a murder charge, which was eventually dismissed in March of this year.

One senior investigator at the Elleston Road Criminal Investigations Bureau with knowledge of the case told The Gleaner that the matter was rendered nolle prosequi due to insufficient evidence.

The Dunkirk resident said Cooke was very paranoid after he was set free, and all he spoke about was leaving Jamaica to save his life.

“Him left ‘bout a month now. Mi think him reached ‘Merica. Mi frighten when mi see him a talk pon TV,” the resident said. “Bowy, him salt. A the first time him try a thing and him get ketch.”

A woman in her 50s told The Gleaner that Cooke seemed to have maintained a low profile since he was released from prison as she had not been hearing his name linked to unlawful happenings in the community.

“Since him do the long stretch in a prison and get out, him a cool. A gal him a seh,” said the woman, who also said she had known Cooke all his life.

Another woman was sympathetic to his plight as she truly believes that he wanted a better life and to put his past behind him.

“He always showed me respect. Every time he passed by my house, he would greet me in a pleasant way,” the woman told The Gleaner.