The negative effects of an absentee father 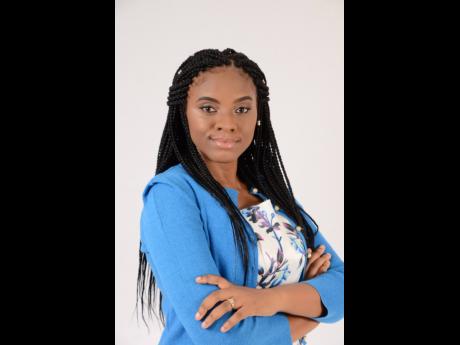 Having grown up without the positive influence of her father, now mother of two, Keneisha Beddasingh-Nicks, openly appreciates the unmatched involvement of her husband, Ricardo, in the lives of their daughters, Keyarah and Kendrah-Kaye.

Too familiar, according to her, are the negative implications of an absentee father – a reality she had witnessed personally and otherwise.

“As a professional in the field of social work, I have seen first-hand how devastating the effects of having an absent father in our children’s lives can be. We can attest to the fact that the lasting impact of a father in a child’s life cannot be denied. Many have admitted that they have struggled with feelings of abandonment and low self-esteem because of the lack of a father’s love. Some have turned to drugs, alcohol, risky sexual activities, unhealthy relationships or other destructive behaviours, to numb the pains of fatherlessness.

I have worked with children in and out of my profession who exhibit truancy and poor academic performance. This, some will say, is a result of their not having their fathers around. Some have also displayed violent behaviour and find themselves locked away in prison serving time for crimes they committed. Promiscuity and teen pregnancy is prevalent among our girls. This is mainly because girls usually manifest an object hunger for males and this experience is because of the emotional loss because of their father’s rejection of them. They now become vulnerable to abuse by adult men.”

Beddasingh-Nicks admitted that she had initially believed that the absence of her dad in her earlier years had little to no effect on her, until she heard from him for the first time, some two years ago.

Sharing her experience, she said: “I found myself crying and asking many questions such as why he didn’t want me … why he didn’t try to even come and look for me. These questions he could not answer. I never asked about him and my mom told me nothing about him either. Growing up, it felt normal not to have a father figure around because I grew up in a community where most of my friends only had their moms. Looking back now, I realised that many of my mistakes, especially that of my promiscuous behaviour, was mainly because I was searching for that fatherly love and I found it in all the wrong places and with the wrong men.”

Beddasingh-Nicks told Family and Religion that it was after a period of seeking, to no avail, what she figured to be love, that she decided to totally surrender to God. “He filled that spot that I had longed for a physical man to fill. His love was very evident and that’s how I could find myself loving my husband and my children the right way.”

The woman, who undoubtedly loves her daughters deeply noted that, while mothers have done well in single-handedly raising their children, the masculinity and other traits that a father brings to the table cannot be replicated.

According to her, “The boy yearns for a father to play football with or to teach him to ride his bicycle and even how to treat a lady, while the girl depends on her mother to teach her to sew or to perform duties acceptable for girls. Mothers cannot father a child, because there will always be something that is missing. When it comes to discipline, the female can become too emotional and this makes the effort not effective. So then the father is needed at such times. Positive male role models are critical for our young men to emulate, and by modelling his father, this will ensure positive masculine behaviour in society. The mother cannot possibly facilitate the boy’s transition to becoming a man … a father’s role is vital here. The girl will be missing out on the first male influence in her life. The father should be there to teach her on becoming a woman. For example, teaching her to accept compliments and helping her to assert herself in a relationship.”