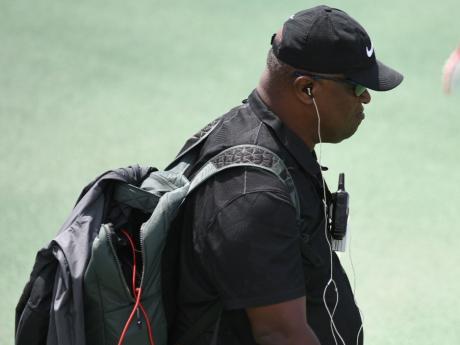 Francis: The team was entered wrongly and as a result, at this moment, it doesn’t look as if they have the personnel to make the (4x100m) final and I think that they have to make a drastic decision.

TOKYO, Japan:
As the make-up of Jamaica's team in the first round of the women's 4x100m relay continue to create issues for the management team at the Tokyo 2020 Olympic Games, veteran coach Stephen Francis has made it clear that it would be 'stupid' to ask the athletes in the individual sprints to return to run in the 4x100m heats given their workload.

He has recommended that the sprint relay team be withdrawn if a solution is not found.

“I think that Jamaica has a problem and they have to make some tough decisions. The team was entered wrongly and as a result, at this moment, it doesn't look as if they have the personnel to make the (4x100m) final and I think that they have to make a drastic decision,” Francis told The Gleaner after a training session at the Edogawa City Athletic Stadium on Thursday.

Shelly-Ann Fraser-Pryce, Thompson Herah, and Sherica Jackson, who will all be running the 100m and 200m events, are joined in the women's 4x100m relay pool by fourth and fifth-place finishers at the National Senior Championships, Briana Williams and Remona Burchell, with Natasha Morrison, who finished sixth at the trials, listed as an alternate for the event.

As things stand, two of the competitors in the individual events would also have to run in the heats of the women's 4x100m, which start two days after the 200m final.

This could see the trio in the individual sprints running a potential six rounds and two relay legs in eight days.

Only five athletes are allowed in relay pools at these Olympics, one fewer than the allocation in previous Games.

Teams can also name alternates, but these athletes can only be used in the event that there is an injury to a member of the relay pool. And once an alternate is used, the person who is replaced in the line-up cannot be added in the final, for instance.

“They need to make a tough decision to bring on a sprinter from the AP (alternate) and remove one of the quarter milers. That's the only way that they can make sure that this team will go through to the finals,” Francis added.

Francis coaches Thompson Herah, while Jackson is conditioned by his brother Paul Francis at the MVP Track Club.

Francis warned that running the athletes from the 100m and 200m in the heats of the 4x100m without sufficient recovery time, could lead to serious injuries, noting that this was a risk he was not willing to take.

“I won't even call it a sacrifice, that would be just foolhardy and stupid,” said Francis, who noted that the team's management will be forced to withdraw the relay team if a solution is not found.

Team manager Ludlow Watts could not be reached for comment.