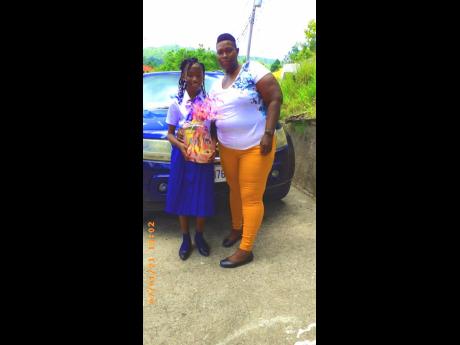 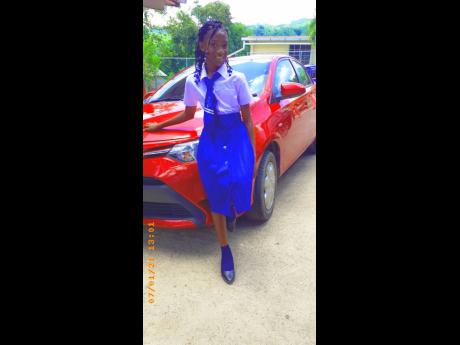 Come September, Nicholette Benjamin will be attending Edwin Allen High School and she says her she can't wait, as she will now be joining her cousins there.

Benjamin, a student of Red Hills Primary School, secured a 99.9 placement score. She said she had to face a lot of challenges, as she and her four siblings had to share one phone to study. She said that constant prayers made her overcome these challenges. At times, her mother did not have the money to purchase credit, so she missed some of the classes.

“We (Nicholette and her siblings) each had to take a turn and that meant me having to miss some of the classes; and when that happened I had to turn to the notes my teacher sent over,” she told The Gleaner.

Benjamin, who wants to become teacher, said she hopes that she would be able to encourage other students to seize the opportunity to complete their education.

During classes, she shared, distractions were never a problem for her as she was focused on achieving.

“I wasn't distracted, as I wanted to get my education so that I can finish high school and go to college. Games and stuff didn't tempt me because my parents (are) not rich, so I wanted to be placed at a good school,” she said.

“Sometimes I don't go online because my parents can't afford any credit to put on data. I have to study in my book that I get from the school so that I could be placed at a good school.”

As she looks forward to the new school year, Benjamin said all is not in place, as she will need help with her lunch money, and to buy school books and uniforms for both herself and her younger siblings.

Her mother, Ladonna Campbell, is proud of her daughter's achievement and said she doesn't know how Nicholette pulled it off, given the challenges she had to face.

Echoing the sentiments of her daughter, she said it was hard juggling the one phone with the children, and the times when she could not afford the credit to put data plan on the phone were really hard.

Campbell said that more than anything else, she would like to see the family receiving even two more gadgets to help with the online classes for her other children, ages eight, seven, four and three.