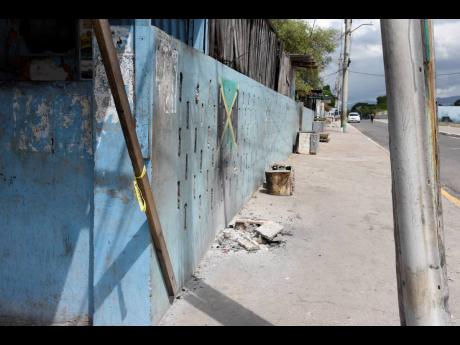 Nicholas Nunes/Photographer
On Thursday night, the troubled community of Trench Town in the St Andrew South constituency was the scene of a drive-by shooting that left six persons, including a woman, nursing gunshot wounds. 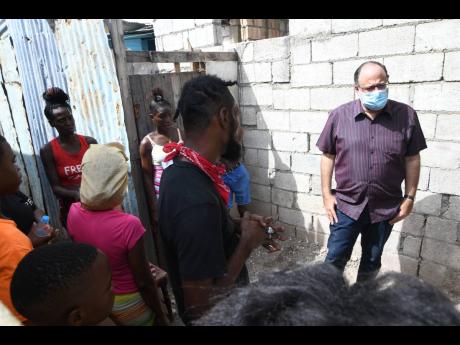 St Andrew South Member of Parliament Mark Golding is bent on playing his part against crime, which he said comprises three main areas. 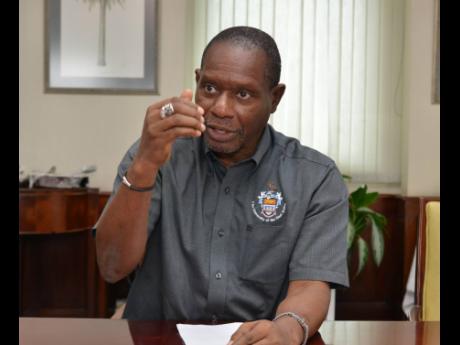 ‘People in the constituency tell the MP everything. The question is, are these MPs giving the police the intelligence’. – Professor Christopher Charles
1
2
3

It is a constituency rich with cultural, political and musical legacy, yet pauperised by decrepit infrastructure, overcrowding, and bloody gun feuds that outlive members of parliament (MPs) elected to its reins. There is no doubt that there...

It is a constituency rich with cultural, political and musical legacy, yet pauperised by decrepit infrastructure, overcrowding, and bloody gun feuds that outlive members of parliament (MPs) elected to its reins.

There is no doubt that there remains a pivotal crime-fighting role for Jamaica’s MPs, especially those commanding garrison constituencies the likes of St Andrew South.

On Thursday night, the troubled community of Trench Town in the constituency was the scene of a drive-by shooting that left six persons, including a woman, nursing gunshot wounds. The incident, which took place about 6:30 p.m. near the intersection of Fifth Street and Collie Smith Drive, occurred very close to a zone of special operations (ZOSO) security checkpoint.

Like many of Jamaica’s urban communities, violence in St Andrew South – its nuclei Arnett Gardens (Jungle) and Wilton Gardens (Rema), where the People’s National Party (PNP) that controls the constituency gets the bulk of votes – has its roots in political tribalism in the ’70s when gun crimes and gangs were primarily busy weeding out political offenders.

Fast-forward to 2021 and the constituency – which subsumes the equally tough communities of Jones, Admiral, and Craig towns, parts of Rose Town, Torrington Park, and lower sections of Maxfield Avenue – has become less reliant on political motivation.

Today, police say overseas criminal networks fund and supply weapons for turf wars, which are ultimately used for other heinous acts, including robberies and financial crimes that have seemingly worsened since the onset of COVID-19.

Earlier this year, flare-up of violence in a section of Trench Town – which saw two women killed within a 48-hour period in June – forced St Andrew South Member of Parliament Mark Golding to call for increased police/military presence in the community at that time.

Golding is bent on playing his part against crime, which he said comprises three main areas. His constituents, especially those in Arnett Gardens, however, believe there may be many more areas to tackle.

“First of all, the MP must try to manage situations so as to eliminate the spiralling of violent acts, in particular reprisals, after something has occurred,” Golding said in an interview with The Sunday Gleaner.

“That is done through on-the-ground interventions in coordination with persons on the ground using the influence of the member of parliament to try and achieve that.

“Another aspect is being completely disassociated from any embrace of criminality, the use or supply of guns and ammunition,” he continued.

“The member of parliament must be a beacon for law and order. He cannot be associated with, encouraging, or condoning violent conducts or criminality,” he stressed, listing the “third aspect as that of a healer; a person who shares care and love for those who are victims of crimes.”

“Persons who are grieving expect their member of parliament to be on the ground,” he added, even though he could not say the number of murders that have occurred in his constituency this year, and neither the number of crime interventions made by himself or on his behalf since the start of the year.

“I wouldn’t want to count,” Golding said. “As you know, the communities that are a part of South St Andrew have a history of violence over decades. So this is something that I constantly have to be working at, trying to maintain peace and order,” he added, citing visits to warring ‘hotspots’ in the area. Some reprisals, he said, take years to occur, which is “part of the culture” of the area.

In response to a decade-long reign of the Jamaica Labour Party (JLP) and Edward Seaga’s neighbouring Tivoli Gardens housing project in West Kingston, which was packed with JLP supporters, much of the St Andrew South constituency was built to house dejected PNP supporters following the Michael Manley political victory in 1972.

Years of bloodshed ensued between the political factions with the deaths of several strongmen from both sides, namely Winston Blake, popularly called ‘Burry Boy’, and George ‘Feathermop’ Spence, whose stomping grounds were the PNP stronghold.

Today, these factions have evolved into splintered bloodthirsty youngsters, whose penchant for death and gore muddy the political stomping grounds forged by their ancestors. Now politics seem to have taken a back burner to greed and savagery.

“MPs, from time to time, have come out and denounced crime but that does not do anything. But I put it to you that the same mobilisation measures that the MPs use to mobilise people for an election, that network provides more useful intelligence about criminal activity than the police will ever get,” he said.

“People in the constituency tell the MP everything. The question is, are these MPs giving the police the intelligence,” he added, noting that doing so in some cases would be politically foolish, as criminals usually enjoy the protection of their political turf.

Among those killed in the constituency this year is Rema resident and chef Winston Muir, who was shot dead on Sixth Street last month. He was the latest victim of an ongoing turf war that sparked protests from residents of the community three weeks ago.

‘I stand with God, why the innocent?’, ‘Me nuh want guh a mi bed and get no phone call say nobody else dead’, ‘I want to play’, ‘I don’t want to grow up revengeful’ read the placards and shouted the residents and children on Fifth Avenue in Wilton Gardens then.

“I think he (Golding) is naturally loved by the people; I guess because of his compassion. But in terms of him commanding the respect of the so-called gangsters, I think he is a little bit too ‘buji’ for that,” one female constituent reasoned last Friday.

“I just think that he needs to just make up his mind to get rid of a few of the bad man them. Other politicians have done it before. I think that is the only way to let them know ‘I am not going to tolerate this in my constituency’,” said one fed-up resident, repeating: “People love Golding, but I don’t think he can really command the man them who firing shot.”

Golding, a former Campion College student-turned-attorney and investment banker, is now president of the unravelling PNP and agrees that a clear line must be drawn between himself and constituency criminals.

Charles is unsure just how clear that line can be drawn in some areas.

“What we are worried about is the closeness of some members of parliament with criminals in their constituency. That is still the problem we are having,” the lecturer charged, noting that more MPs should use their authority to clamp down on suspected criminals.

Charles added, “There is not much more than that the MP can do, except that he must have clear boundaries. If you are wanted and you are under the police radar as a gang member, there ought to be boundaries. Likewise, when MPs get information they should pass it on to those officers that can be trusted.”