‘Canterbury is like a ticking time bomb’ – says pastor 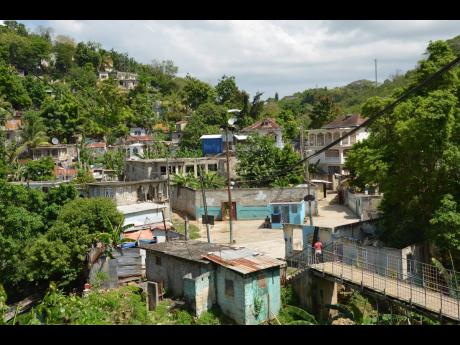 Located just one kilometre from the Montego Bay Town Centre, the pedestrian-only village of Canterbury has approximately 1,500 residents with an average population age of 20 years old. 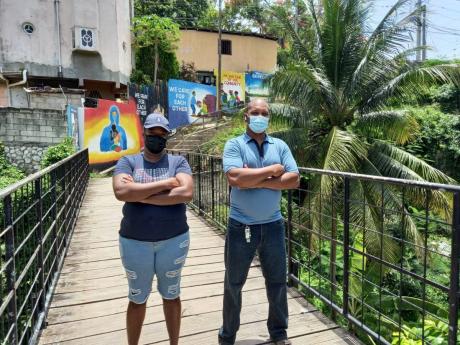 Sharmona Whyte, president of the Canterbury Ambassadors, and her deputy Phillip Bernard are confident that Canterbury in St James can be transformed.
1
2

The international community claims it is unsafe for visitors, and locals consider it an eyesore and a haven for criminals, but while killings continue unabated throughout St James, this usually disruptive inner-city community has not recorded a single murder since 2016.

Tarnished by a history of high levels of crime and violence, the residents are desperate to change the perception of Canterbury, but Sharmona Whyte, president of the Canterbury Ambassadors, a group leading the charge for change, says the community continues to suffer from the ills of the past.

“Canterbury is one of the safest communities,” Whyte told The Sunday Gleaner. “You can sleep with your doors and windows open, something you cannot do in Cornwall Court or any other orderly developed communities. Our hope is to one day enjoy the full services and amenities of a properly laid-out community, but that again is just a hope because we are still stigmatised.”

Located just one kilometre from the Montego Bay Town Centre, the pedestrian-only village has approximately 1,500 residents with an average population age of 20 years old, but is plagued with a myriad of development challenges, including criminality, poor housing and sanitary convenience, as well as a high unemployment rate.

Canterbury captured nationwide attention on the morning of October 15, 2003 when a violent stand-off between the police and alleged gunmen held the community under siege for over eight hours, forcing businesses to close.

In the aftermath of the shooting, the police recovered high-powered weapons, including AK-47s, M16s, AR15s and a Mack 19mm pistol, as well as a bag of assorted ammunition.

Three cops were shot and three alleged gunmen were killed in that incident.

Whyte believes that stand-off made things worse for the community as government agencies have developed their own perception of Canterbury and continue to relate accordingly.

“The police just come with brute force and it makes no sense, because it only makes them (the citizens) angry and they are going to rebel,” she reasoned.

“The only problem that Canterbury has is that they will retaliate against any form of violence. If you don’t provoke them, they will not bring any harm to you, but if you come with gunshots they are going to respond likewise.”

PRAYING FOR CHANGE FROM WITHIN

However, Pastor Lascelles Thomas, head of the Redemption Chapel, Canterbury’s sole place of worship, reasoned that the stigmatisation was of the residents’ doing, several years ago.

“The community has had its fair share of violence and turf war that would have worked against the residents,” he told The Sunday Gleaner. “A number of persons would have been killed, both within and outside the community, and even though we are experiencing some level of peace, Canterbury is like a ticking time bomb.”

Thomas says the community has enjoyed periods of calm time and time again – “moments of disruption, then moments of peace and then disruption again – so we have no reason to think that the past is behind us, and that is why we are praying for change from within”.

There are talks to develop the space for vehicular access but residents are reportedly divided as to whether they should allow such a change, while others believe it is just another empty political promise.

Lloyd B. Smith, former member of parliament for St James Central in which Canterbury is located, said he did not engage any gun-touting supporter from the community during his tenure from 2011 to 2016, but had several demands from extortionists, which he refused to give in to.

“I got messages that ‘I am the one in charge around here, I am the don, and you have to go through me’, but I quietly resisted,” he said.

Smith, who from the outset of his campaign to become the political representative for Central St James openly refused to be associated with criminal elements, said the community is in need of some meaningful social and economic intervention.

Canterbury doesn’t have a don but has corner leaders and people who are there to enforce certain rules and regulations, Smith said.

ACP Clifford Chambers, head of Police Area One, told The Sunday Gleaner that a multi-agency approach in Canterbury has been bearing fruit, but credits the residents for the progress being made.

“There are law-abiding citizens in Canterbury that have been willing to work with the police,” he said. “There are also residents who have found themselves in need of support one way or the other and we have done what has to be done, but we have to be careful because others might not see it as a gesture of goodwill.”

According to the police, Canterbury is the home base of the notorious Nation Crocs gang, which was led by deceased gangster Omar ‘King Evil’ Lewis, but things have quieted down since several members of the gang have been arrested.

“The work of the police is such where they have even built a couple of board houses for the elderly in the space,” ACP Chambers revealed. “But the citizens will have to take some credit for the work being done in their community. For the most part, they are the ones who reach out to the police.”

St James is the second most murderous police division, with 96 murders since the start of the year, 29 more than for the corresponding period in 2020. St Andrew South heads the list with 101 homicides. Across the nation, 794 persons have been killed as of Friday, July 23.