Earth Today | Seaweed not without shortcomings as fuel source 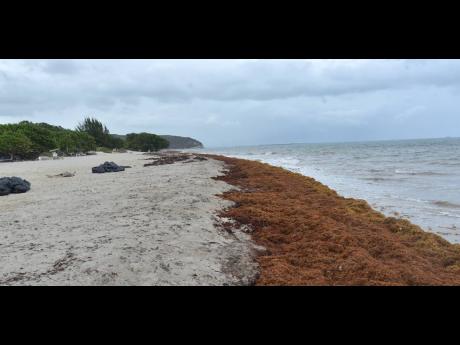 WHILE A suitable alternative to renewables, given that it is ‘free, sustainable, accessible and that its transformation to biomethane is resilient to natural catastrophes’, the use of sargassum seaweed as a fuel source is not without some drawbacks that have to be addressed.

This is according to authors of the research, ‘Environmental Evidence on the use of Biomethane from Rum Distillery Waste and Sargassum Seaweed as an Alternative Fuel for Transportation in Barbados’.

“One of the biggest issues for biomethane operations (gaseous, liquid or compressed) would be safety, as stated above, and storage, as Barbados currently does not store natural gas,” they said.

“Another potential limitation could allegedly be the emissions associated with the process of anaerobic digestion at a larger scale. Also, sargassum seaweed, which is currently abundant on the coasts of many Caribbean countries, is not expected to be an intermittent resource, but stable and expected to get worse over the years,” the researchers noted.

Their suggestion is that it would be “interesting to carry out some estimates of the impact of the declining sugar cane industry on the release of wastewater from rum distillery in order to see whether this could have an impact on the amount of wastewater that will be produced, which is needed in the anaerobic digestion process that leads to biomethane production”.

“This is particularly relevant in a country like Barbados that is one of the most water-scarce countries in the world. Finally, the transition from fossil fuel to biofuel as an alternative fuel would also require the widespread conversion of conventional vehicles to compressed natural gas vehicles and needed additional road safety measures once these are in place, considering the higher risk of driving these vehicles compared to conventional vehicles,” they said further.