Dengue fever on the rise in St James

Aedes index hits 18 per cent in August in the parish 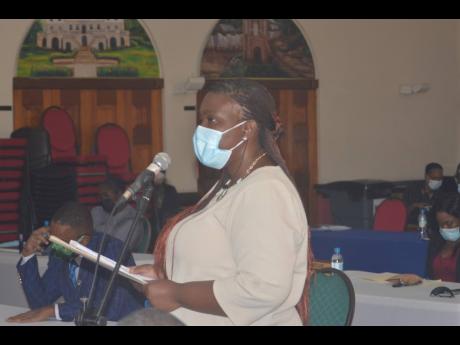 Although the health authorities have prioritised the ongoing fight against the coronavirus pandemic, the level of dengue fever spread in St James has not let up over the past month, with the parish’s Aedes index for mosquito infestation rising to an alarming 18 per cent in August.

“We have re-engaged the temporary task workers for vector control, but less than 50 per cent of them were accounted for. Hence, we have a cadre of 40 workers, down from 94 workers when compared to the last vector control programme that we had,” Lewis added.

In a follow-up interview with The Gleaner, Lewis noted that the latest spike in the Aedes index is also in sharp contrast to the record four per cent mark which was reported in July, which in turn was a significant decrease from the eight per cent recorded in June.

“The Aedes index in July was four per cent, and the number of premises inspected at that time was 3,360, of which 132 were found to be positive for dengue. We were having some challenges with vehicles to transport the team, and the passage of the recent tropical storm conditions would have increased the number of breeding sites,” said Lewis.

The latest Aedes index marker for St James is the highest figure recorded for 2021 to date, and is only surpassed by the 25.6 percent Aedes index which was recorded last October. The parish has experienced a shifting in its Aedes numbers in recent months, with an index of five being recorded between February and April and a slight increase to six percent in May.

The increased dengue fever marker is also worrisome at a time when St James continues to be one of Jamaica’s leading parishes with the highest number of COVID-19 cases, having recorded 7,419 COVID-19 cases as of last Thursday. The St James Health Department had previously expressed concern about a possible mixing of dengue with COVID-19, which would overwhelm the already stressed health system.

In the meantime, Lewis said that the St James Health Department will undertake an education campaign in some of the parish’s communities which have been most affected by dengue spread, to include sections of Maroon Town and Cambridge. However, she could not give a timeline for the beginning of the programme.

“We are planning to a programme in the high-risk communities, to see how we can educate and encourage persons to eliminate breeding sites. We have communities in the Maroon Town area, those places that have infrequent or no piped water and which are mostly ‘drum and pan’ communities that do water storage, and also some areas in Cambridge which we will be targeting,” Lewis said.