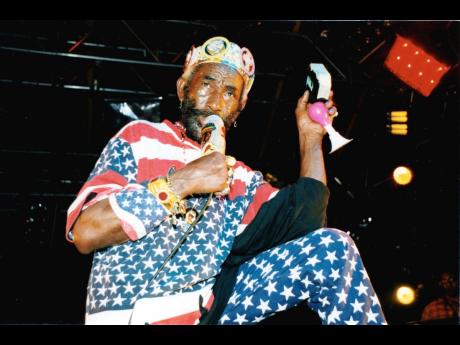 Hanover Western’s Member of Parliament Tamika Davis says she would like an appropriate monument to be erected in the Cauldwell community in her constituency to immortalise the late reggae icon, Lee ‘Scratch’ Perry, who is originally from that community.

Perry, arguably one of the most iconic figures in reggae music, was born in Cauldwell 85 years ago and while he went on to become world famous, he kept in close contact with his community and was exploring plans to establish a theme park there at the time of his death.

In her State of the Constituency Debate address in the House of Representatives on Tuesday, Davis said that based on Perry’s global fame, an attraction could be developed around his birthplace, similar to the Bob Marley Museum in Kingston where former United States President Barack Obama visited.

“Hanover Western possesses great potential for the development of community tourism, what with our natural mountain trails, rivers, and forested areas,” said Davis. “Just last week Thursday (September 23), we buried Lee ‘Scratch’ Perry at his home in Cauldwell. His birthplace could be transformed into a cultural site akin to the Bob Marley Museum in Kingston, where visitors can learn about his extraordinary global impact on music.”

Davis used the occasion to extend an invitation to Tourism Minister Edmund Bartlett, and Sports, Culture and Entertainment Minister Olivia ‘Babsy’ Grange, to have discussions with her with a view to collaborating in making the Lee ‘Scratch’ Perry idea a reality.

Perry, who was christened Rainford Hugh Perry, was born on March 20, 1936, the third child for Ina Davis and Henry Perry. He died on August 29 at the Noel Holmes Hospital in Lucea, also in Hanover, from an unspecified illness.

While he spent his early years in Hanover, the somewhat eccentric Perry, who was still actively touring prior to the onset of the COVID-19 pandemic in 2020, left his home parish for Kingston at a young age to pursue his passion for music.

In Kingston, he became an apprentice to fellow music legend, Clement ‘Sir Coxon’ Dodd, of Studio One fame. Over the years, he developed a distinctive sound in reggae, which set him apart from other singers, songwriters and producers. He was awarded a Grammy in 2002 for his album, Jamaica E.T., and in 2012, he was awarded the Order of Distinction by the Government of Jamaica for his contribution to music.

It should be noted that Perry, who regularly said that, “everything starts from scratch,” played a pivotal role in launching the careers of top acts such as Bob Marley and the Wailers, Junior Murvin, the Congos, Max Romeo, and other established acts.

It is against the background of Perry’s rich musical pull that Davis believes that Hanover could easily weave him into the parish’s tourism offerings.