Attorney speaks out against treatment of Pathways pastor and congregants 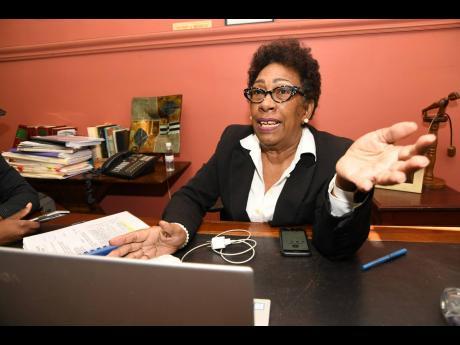 Neita-Robertson: "This frenzy which is driving members of the Church to be ostracised and their constitutional rights breached is dangerous not only to them but to all Jamaicans and besmirches the good name of our country." - File photo.

Attorney-at-law Valerie Neita-Robertson is speaking out against the treatment of controversial pastor Kevin O. Smith and congregants at his Pathways International Kingdom Restoration Ministries in Paradise, Montego Bay, St James.

Neita-Robertson, who was retained by Smith, says she had restrained herself from making comments on the matter, but the escalation of the situation requires her to speak.

The attorney, in a statement, charged that the labelling of the church as a cult is deliberate and unfortunate, calling the move an attack on ordinary decent Jamaicans and their faith.

“This is a threat against churches. It is reminiscent of the ancient days in which the Church was persecuted,” she asserted.

“Further, this frenzy which is driving members of the Church to be ostracised and their constitutional rights breached is dangerous not only to them but to all Jamaicans and besmirches the good name of our country, as it has gone viral,” she added.

Neita-Robertson argued that the social media and main stream media frenzy that has emanated from the incident at the Pathways International has risen to a pitch resulting in members of the church being ostracised and put in fear.

She argued that persons must operate with caution, noting that a recent frenzy led to the death of an innocent man in St Thomas.

Smith was arrested last week Sunday after an alleged ritual on the compound of his Pathways International Kingdom Restoration Ministries in Paradise, Montego Bay, St James.

Two people were killed during the alleged ritual.

This morning, Smith and a policeman died in a car crash along the Linstead Bypass in St Catherine.

Smith was reportedly being transported from St James to the police's Major Investigation Division in Kingston to be charged with murder and other offences.

Two other injured policemen are said to be in critical condition at hospital following the crash.