Down but stronger than many 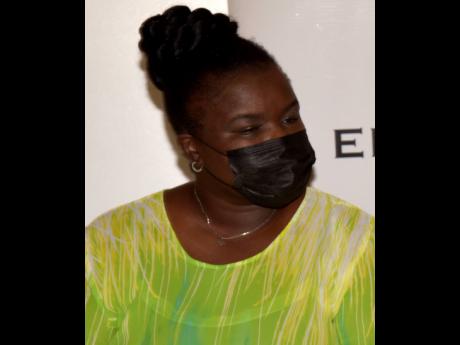 Contributed
Dr Tamika Peart, director of the National Shelter Programme in the Ministry of Culture, Gender, Entertainment and Sport.

Scores of Jamaican mothers are ringing up an abuse helpline each month, seeking refuge in the national women’s shelter. Ultimately, they hope to escape attackers bent on bloodshed and pain – in many cases, their children’s fathers.

Since its official opening last November, however, only 13 such women and their 14 children have benefited from the secret sanctuary. Four of them are still being housed there, along with nine children, who experts fear are gravely scarred by their toxic and abusive home environment.

The secret safe haven is comparable to the witness protection programme: once in, explained director of the National Shelter Programme, Dr Tamika Peart, guests must adhere to rules crucial to their safety and that of other victims and staff.

There are no cellular phones, no unsupervised telephone calls, and communication with abusers is frowned upon.

For the most battered and torn among them, though, this is heaven.

“We would have received far more calls, but remember, the shelter is a last resort,” Peart noted, citing up to 20 requests monthly during an interview with The Sunday Gleaner marking International Day for the Elimination of Violence Against Women.

“There are some prerequisites. The women and their children’s safety must be in immediate danger because of the violence, the Jamaica Constabulary Force has to verify the report, and they (women) would have been encouraged to file for a restriction or protective order,” she explained of a mindset where returning to their abuser is an absolute ‘no-no’.

MUST ADHERE TO RULES

Besides that, victims must adhere to shelter rules: turning over their cellular phones at orientation, turning up at skills and employment training sessions during their six- to nine-month stints – dependent on individual cases – and adhering to a ‘no beating’ parental policy.

Still, their decision to seek refuge from the abuse makes them braver than many other abused women, reasoned Sharon Coburn Robinson, principal director of gender affairs within the Ministry of Culture, Gender, Entertainment, and Sport.

Hundreds are sitting in silence while clinging to abusive partners and crumbling social and economic conditions with their children most in danger, charged Coburn Robinson, who oversees the National Strategic Action Plan to Eliminate Gender Violence, launched in 2017.

“We have seen children come into the shelter who are suffering from withdrawal. Some of them show signs of autism, and most of it can be linked to the trauma they’ve witnessed,” she noted.

Between 2011 and March 2020, police records indicate that 226 women have been killed in domestic violence altercations – at least 32 slain in murder-suicides.

This comes on the heels of concerns by the Child Protection and Family Services Agency (CPFSA) that the number of children harmed in domestic altercations between parents is increasing.

Children as young as two years old, the CPFSA said, are being burned, stabbed and choked and have had their limbs broken this year during confrontations between their parents.

A snapshot of 12 cases obtained by this newspaper depicted mothers as the main perpetrators. Fathers and stepfathers followed, with other guardians also involved in the most dastardly cases.

Sitting meekly at a public empowerment forum last Thursday, Carolyn* gingerly eased her cell phone from her purse, revealing on-screen the battered pulp that was her neighbour’s face. This was following an altercation between the woman and spouse weeks ago.

The woman seen on-screen later declined to be interviewed, but Carolyn said that she is among three females openly abused in her St Ann district since the start of the year. She was kicked in the face repeatedly, during an altercation at a wake, and her abusive partner has since fled the district where residents have threatened to beat him.

In another recent incident, she offered, another resident was stabbed repeatedly by her spouse. The pair, however, has since rekindled their relationship, Carolyn murmured, highlighting the main reason residents and the police fail at making meaningful interventions in cases.

While pregnant years ago, Carolyn herself was kicked in the stomach repeatedly by a man who wanted nothing to do with her nor her emerging newborn. As a result, she feels compelled to help other victims, but finds it difficult to envision herself or her abused neighbours giving up their freedom to hide out in the national shelter.

“It is a lot to consider, and besides, many of these women, they get beaten, they get stabbed, and two weeks later they are back with the men. Because of that, nobody wants to get involved,” she said, noting her district’s rising crime problem. “Many times we don’t want to follow [victims] to the police station because you don’t want them (perpetrators) to see you with them and come and attack you.”

More employment opportunities, she said, may help these women better handle their crises.

Meanwhile, with a donation of more than $12.1 million from the United Nations Population Fund to establish the national shelter and two other upcoming regional outlets; and with the support of several NGOs and corporate and public partners, it brings tears to hear the joy of some of the children after moving into the shelter, said Peart.

The national shelter is the only such place designed to accommodate battered women and their children. Other shelters being operated islandwide by NGO groups do not allow for children and family arrangements.