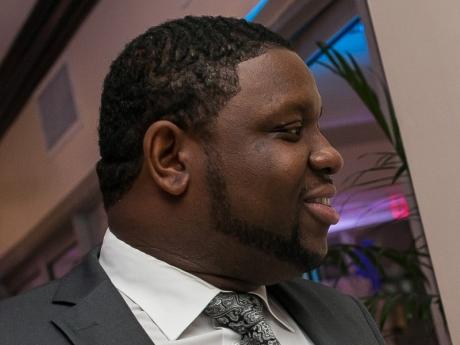 The acting permanent secretary in the Transport Ministry had revealed that at the time of his application, Lerone Laing had a master’s degree in economics but only three years’ experience at the mid-manager level.

The Transport Ministry has contradicted its acting permanent secretary in relation to the minimum requirements for the appointment of the Toll Authority's CEO Lerone Laing.

In a statement this afternoon, the ministry said the minimum qualification for the position was a master's degree in business administration or a relevant discipline.

"Mr Laing is therefore more than qualified for the position," said a ministry spokesperson in a statement.

However, in a written response to The Gleaner on November 3, the possession of a Master's degree was only one of the requirements detailed by acting Permanent Secretary Dr Janine Dawkins.

Here's what Dawkins had outlined as the requirements:

1) Master's degree in business administration or relevant discipline with a minimum of 10 years' working experience in a senior management position OR a first degree in Engineering, Economics or Management Studies, with 15 years' experience relevant to the management of concession agreements or major infrastructure facilities.

2) Additionally, knowledge of or training in law would be an asset.

3) Other major competencies include: knowledge of transport issues and development planning for sector; financial management and environmental awareness.

In her response to The Gleaner, Dawkins revealed that at the time of his application, Laing had a master's degree in economics but only three years' experience at the mid-manager level.

Today's ministry statement did not include any reference to the minimum number of years that Dawkins had detailed.

However, it said Laing had the competencies relating to the knowledge of law, transport and environment.

Laing took up the CEO position in April after acting in the role since October 2019.

The position was advertised once and in one medium on August 21, 2019 and of the 10 applications received two, including Laing's, were shortlisted.

There were no interviews.

According to the ministry, Laing was deemed suitably qualified over the other overseas-based candidate because of the uncertainty of tenure due, at the time, to the expectation that the Toll Authority, would have been integrated into the ministry.

Prior to moving to the Toll Authority, Laing served as adviser to Montague from March 2018 when the minister took over the transport and mining portfolio.

He was elected president of the Guild of Students at The University of the West Indies, Mona, in March 2014.

The then 22-year-old was a first-year postgraduate student.

Laing also worked at the Bank of Jamaica.

The basic salary for the CEO position ranges from $3 million to $3.6 million, the ministry said.

If the person has a motor vehicle, the post carries approximately $1.7 million in travel allowance per annum.

Without a vehicle the CEO would get $680,000 in travel allowance.

The Toll Authority's 2019-2020 annual report that was tabled in the House of Representatives in November shows that the total salary package for Laing, who was acting at the time, amounted to $5.4 million for that year, with $3.7 million in basic salary.

The Toll Authority regulates the operations and maintenance of toll roads in Jamaica, as well as ensures that toll operators are complying with the agreements.