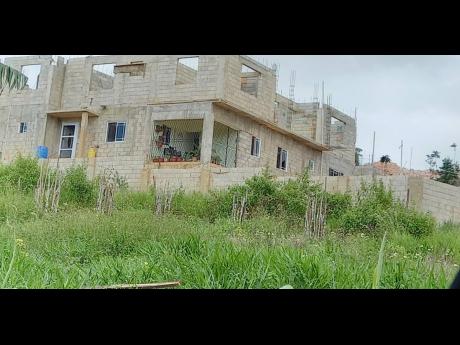 Contributed
A section of the rehab home in Dunsinane, Manchester.

Following the relocation of a rehabilitative home for the mentally ill to an unfinished building in Dunsinane which earned the ire of neighbouring property owners, the Manchester Health Department has clamped down on its operations because of alleged public-health breaches.

Manchester’s Chief Public Health Inspector Charmaine Palmers-Cross said the health department had knowledge of the facility, which operated out of two other locations in the parish, but was initially unaware of the facility’s relocation.

The inspection chief described the situation as “sensitive”, disclosing that the authorities could not throw out the clients on the street but would exercise its powers with discretion.

She said that only gravely critical breaches would warrant immediate closure, but insisted that rehab homes were duty-bound to strictly observe Ministry of Health & Wellness guidelines.

“They will have to have grab bars, and especially with COVID now, the beds will have to be about six feet apart ... . They must have water, and that is very important. They must keep records of the patients, they must have a doctor on call, among other guidelines,” said Palmers-Cross.

The chief public health inspector did reveal that the home, which focuses on reformation of the mentally ill, alcoholics, and others, did not present with a water issue and had trained mental-health workers.

One Dunsinane property owner who spoke to The Gleaner on condition of anmoymity said neighbours quickly became concerned about the operations of a health facility.

“The scheme is not finished, but persons are there building their houses and people in the area have been observing the home ... . There are mostly boys there (at the facility), but they are locked up inside because there is no proper fencing,” the owner revealed.

“People have been looking and they are questioning how a nursing home could be operating out of an unfinished building in an area like that. People are worried.”