Parents must monitor children to stave off crime 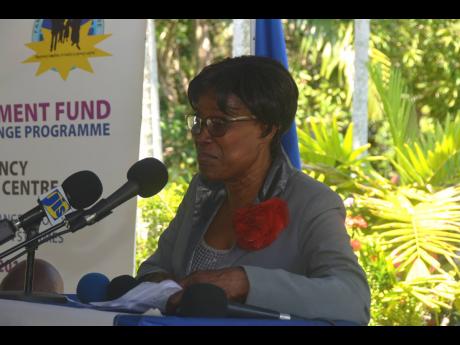 AS Jamaica continues to endure a wave of murders and other violent crimes in the early weeks of 2022, two western Jamaica stakeholders are urging parents to be more proactive in raising their children and to closely monitor their children’s activities to keep them away from illicit company.

Councillor Mark McGann, the St James Municipal Corporation’s (StJMC) councillor for the Somerton division, and noted family therapist Dr Beverly Scott, issued the warning in the wake of 13 killings on Wednesday and Thursday across the island.

Those include Thursday’s shocking murder of nine-year-old St James resident Gabriel King, who was found in the Fairfield community with his throat slashed, after the car he was travelling in with his mother was hijacked and stolen by two men.

While addressing Thursday’s monthly meeting of the StJMC, McGann argued that the crime epidemic is particularly affecting Jamaica’s boys, who, he said, should be leaders in society.

“What we are looking at is that we have lost nearly two generations of our young men, and this cannot sit well for our country. Our young men who we depend on to take this country forward, we are losing them at a very large rate,” McGann told the meeting.

“My appeal here is to the parents to take a look at what your children are doing, and look into if they are going to school. If the child comes home with something that you know is beyond your or their financial means, or if your kids stay out late at night, plus the friends and company that they keep, question it,” McGann advised.

In sharing her perspective on the troubling issue, Scott told The Gleaner that young children are often influenced by older children or adults into habits that contribute to deviant and unlawful behaviour later in life.

“Children should not keep friends with those who are older than them. It is older children that introduce these little children to things that they are not supposed to see and do; and many times our children love to see interesting things, some of which are gun crimes, murders and sexual activities,” said Scott.

“Parents should always monitor what their children are doing, and they need to look at some of the things that have happened to children and make their children aware of these things and divert them away from it before it happens. They need to give the children instructions and education about what is happening and how you should deal with it, especially our boys,” she added.

That particular warning follows Wednesday’s killing of 15-year-old Toni-Ann Reid, a St James High School student who was killed by gunmen, along with her male companion, 25-year-old Oshane Spence, at a house in Roehampton, St James.

Prior to her death, Reid had reportedly run away from home the previous year. Spence was said to have been under the police radar and had previously been questioned on several occasions in relation to crimes in the community.