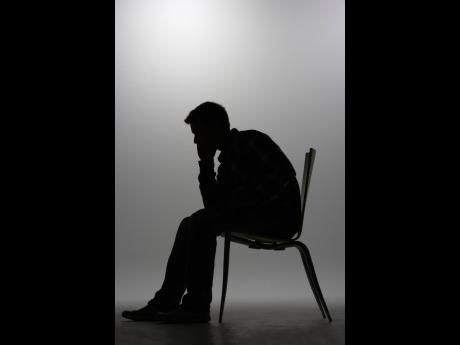 A man who has been in the witness protection programme since 2020 declares that he is on the verge of a psychotic break and a loss of willpower as a result of the alleged negligence of programme administrators. John Brown*, who said he has been...

A man who has been in the witness protection programme since 2020 declares that he is on the verge of a psychotic break and a loss of willpower as a result of the alleged negligence of programme administrators.

John Brown*, who said he has been having suicidal thoughts since late November 2021, told The Gleaner in December that he believes the “back-and-forth” experiences he has had with officials who have ignored his complaints since his transfer to a new location some three months ago have taken a psychological toll on him.

This, combined with his current living situation, which he describes as resembling a construction site with piles of loose dirt on the outside, has resulted in him becoming ill, causing nothing but heartache, he explained.

In January, the participant revealed that the home is currently infested with roaches and rats.

“Every day, every God almighty day, my pressure is up non-stop,” he exclaimed.

And although he had often sought to be allowed to attend a church, believing that this could help with his mental deterioration, his requests have been consistently denied.

He added that he was never given a Bible, which he had requested on numerous occasions since last October when he was feeling the most down. He added that although the programme should provide participants with psychosocial support, he has not been offered any treatment despite voicing his concerns.

“And just the thought of being here, it makes it even worse, and I try to explain, [but] nobody seems to listen,” he added.

“It’s like a nightmare!” he exclaimed as he found the recently celebrated Christmas season especially challenging.

Moreover, Brown assert that the programme was negligent in placing him in an area where he specifically told them he did not want to be placed because people can easily identify him, putting his life in danger.

Living in constant worry, he said he has been spotted twice since being in the programme.

Despite his request for a change of location, which he reported to his case manager, no relocation efforts have been made thus far.

With earnings of $150,000 monthly prior to being in the programme, Brown has now had to live a minimalistic lifestyle while trying to make the monthly stipend of $32,500 “stretch” to purchase many of the items that were not provided for him.

He revealed that he was only provided with two Dutch pots, one dresser, a stove, a mini refrigerator, and two sheet sets that are now tattered and torn.

“I don’t know if when it finish tear off that they will replace it or anything,” he said of the sheets, adding that when reported, his case manager confessed that the Government said they should purchase the “cheapest of things”.

Adding to his worries are the difficulties he has had in obtaining basic necessities and the frequent water shut-offs in the area where he is located.

On January 3, he informed The Gleaner that a water tank he had signed for and which had been provided at his previous location had not been moved to his current location to help alleviate the problem.

Brown laments that the water issue has only worsened over time, forcing him to travel to a nearby river to bathe and wash his clothes daily. But this has made him vulnerable to thieves as some of the clothes and shoes that he does own have been stolen. When this incident was reported, he said authorities told him that this is not their problem to deal with.

“If I had took the tank with me, it means that I would have water and wouldn’t have to lose anything,” he said.

“Anytime you talk about things, they threaten to kick you out,” he said of the issues he has been raising for months on end.

Despite knowing that the programme is voluntary, Brown explained that he does not want to leave because his life is still in danger, and he is certain that life will never be the same again after coming forward as a witness.

The witness-protection programme is a method used by the Government to protect people who are witnesses in cases that are being investigated or before the court and find themselves to be at risk of serious harm. It provides security and financial support for those who are relocated from their homes to communities where they are less likely to be recognised.

In response to questions posed to the Ministry of National Security’s (MNS) Permanent Secretary’s office since January 3, on Sunday, they stated that they had received no reports of negligence or mistreatment.

They also stated that all participants are placed in an adequately furnished safe house and receive psychological care from an in-house psychotherapist and are referred to a contracted psychologist or psychiatrist as needed.

“Participants are free to carry out religious practices. However, risk and threat assessments are conducted before they are allowed to attend an institution. The MNS is not aware of any participant who requested a Bible ever being refused one,” they said.

Concerning compromised locations, they indicated that if this occurred, participants would be immediately relocated.

“The Justice Protection Unit has protected hundreds of participants, locally, regionally, and internationally. Many of these participants have provided evidence and have been successfully reintegrated into society. No participant has ever been killed or injured while on the programme, which is efficiently and effectively run,” said the office.