Accompong's Currie left out as PM meets with maroon chiefs 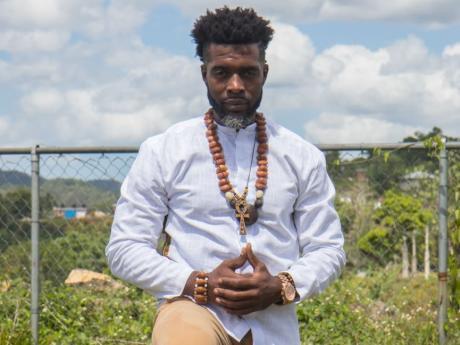 Richard Currie, who was elected head of the St Elizabeth-based Accompong Town Maroons in March last year, has been sparring with the government over the 1738 treaty the Maroons signed with the British government.

Accompong Maroon chief, Richard Currie, was today left out of a meeting among Prime Minister Andrew Holness and maroon colonels.

The meeting comprised colonels Lloyd Latibeaudiere of the Scotts Hall Maroons, Wallace Sterling of the Moore Town Maroons and Marcia Douglas of the Charles Town Maroons.

The statement did not say why Currie was not invited, however, it said after a productive discussion, it was agreed that future meetings will be convened.

This morning, Currie went live on Instagram lamenting that the colonels made an about turn to meet with Holness without him.

The Accompong chief also pleaded with the Government for dialogue.

According to Currie, in recent times, the Maroons have found themselves in a conundrum with a lack of infrastructure.

Currie, who was elected head of the St Elizabeth-based Accompong Town Maroons in March last year, has been sparring with the government over the 1738 treaty the Maroons signed with the British government.

On January 9, Prime Minister Andrew Holness dismissed the rhetoric of the Accompong Maroons that they are a sovereign people.

"Under my leadership, not one inch of Jamaica will come under any other sovereign authority", Holness charged.

This morning, Currie said he remains resolved to work with the government to bring a resolution to the challenges.