Bahia’s new boss thrilled to be back home 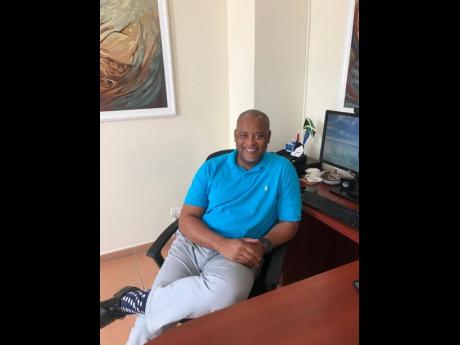 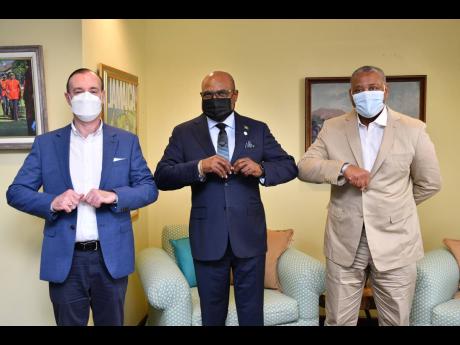 That’s the self-deprecating title worn by Brian Sang, Bahia Principe’s new country manager for Jamaica and the first local to be appointed to that position in the Spanish hotel chain.

The love affair all began when Sang yielded to the urgings of his mom and landed a summer job working at the front desk at the Wyndham Rose Hall Resort and Country Club in Montego Bay.

That prompted him to make a life-changing decision to put the brakes on a science-based career.

“Suffice it to say, I never made it to the chemical engineering faculty,” Sang quipped during a Gleaner interview.

“I was never from the background where we go to hotel and understand hotel being a part of our reality, but my eyes were opened, and a bright spark was triggered within me. I realised customer service and the whole bit of being a hotelier was what I was born to do,” said the Cornwall College alumnus, who grew up in the tourism belt of Montego Bay.

Now managing 1,560 staffers, while overseeing the day-to-day running of the 1,375-room hotel, Sang said he jumped at the opportunity when it emerged. He was appointed to the role on January 3.

Sang returned to Jamaica after stamping his mark elsewhere in the Caribbean – Antigua and Barbuda, Barbados, Tobago, and St Lucia. His c urriculum vitae is filled with success, having worked at Negril Cabins, Bougainvillea Beach Resort, Sandals Resorts International, and Starfish Jolly Beach.

With more than 30 years of experience in the hotel industry, he is thrilled to be returning to his home country to build the Bahia brand.

“The culmination of all of that was to come back to Jamaica with all that I have gathered and garnered over the years, not only because Bahia is renowned as a worldwide brand with the largest hotel in Jamaica, which poses all the challenges that I would want for now in my career, but because it is very fitting to move home for that reason,” he said.

Describing his initial reaction to the appointment as “one of unfiltered joy”, Sang isn’t, however, caught up with the watershed moment.

Managing Bahia’s recovery after two punishing years of the coronavirus pandemic – which decimated the tourism industry in 2020 – will be at the top of his agenda. Partnering with health authorities to maintain protocols and protect guests, while offering an enjoyable visitor experience, has occupied the minds of hotel bosses all across the island.

Sang said he’s keen to deliver results during his tenure.

“To be the first Jamaican to be appointed as country manager, I am humbled for the recognition. However, I am aware it is my performance and the deliverables that I can achieve that I will be judged by and will determine my success,” said Sang, who describes his journey in the hospitality industry as “more of a marathon than of a sprint”.

His long-term goal is to improve the consistency of service delivery across the hotel while spearheading refurbishment plans and developing an aggressive training programme for team members.

He’s in the midst of a 30-day on-boarding programme during which he’s learning “the Bahia Principe way of doing things” while getting to know key stakeholders in the company’s corporate office.

Bahia is the second major Spanish chain to tap into Sang’s capital.

He was the only English-speaking general manager in the Blue Diamond group when stationed in St Lucia, where he headed Mystique by Royalton and the Starfish as cluster manager for both properties.

No stranger to firsts, Sang was the inaugural recipient of the Carrole Guntley Scholarship, graduating from the Nova South Eastern University with a bachelor of science in hotel management and later a master of business administration.

Sang learnt the inner soul of the industry while working with hotel chains such as Sandals, where he spent approximately eight years; SuperClubs; and the former Jamaica Grande (now Moon Palace Jamaica). He credits that experience for preparing him to helm Bahia’s huge property.

He joins Clifton Reader, the Jamaica Hotel and Tourist Association president and managing director of Moon Palace Jamaica Grande, as being the only native-born leaders within a Spanish-owned hotel.

Minister of Tourism Edmund Bartlett gushed at the history-making achievement.

“This forms a critical part of the continued human resource thrust that we have been promoting at the Ministry of Tourism, to ensure that as many Jamaicans as possible will be in leadership positions within the sector,” stated Bartlett in a press statement recently.

“I wholeheartedly welcome Mr Sang and wish him a successful tenure, which begins in the company’s 15th year in Jamaica,” he added.

Sang replaces outgoing country manager, Adolfo Fernández, who assumed a new role in Spain within the Bahia group on January 6.

Bahia Principe Hotels & Resorts is a resort division of Grupo Piñero that began operations in 1995 with its first hotel in Rio San Juan on the Dominican Republic’s northern coast. Grupo Piñero’s Bahia Principe hotel chain also has properties in the Riviera Maya in Mexico and Spain in the Canaries and Balearic Islands.