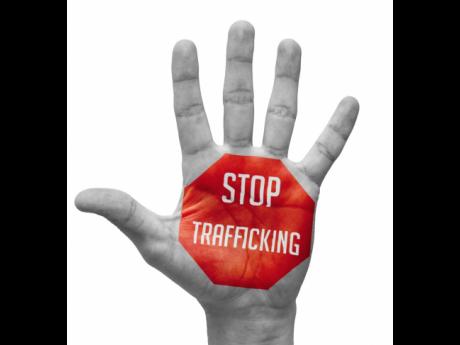 COVID-19 and the restrictions that it places on the movement of people should have put a major dent in the illegal trade of human trafficking, but human traffickers have been finding ways to get around the hurdles created by the virus.

This idea was divulged by some of the speakers at the International Organization for Migration’s (IOM) ‘Artworks for Freedom! Stop Human Trafficking’ Competition awards ceremony, held inside the Port Antonio Suite at The Jamaica Pegasus hotel on Saturday, January 22.

According to Keisha Livermore, head of office, IOM Jamaica, human traffickers have quickly changed their modus operandi, and there is now an increase in “virtual exploitation”. The Internet is being used now more than ever to carry out human-trafficking activities.

She said the world is changing rapidly and young people are speaking a different language, and that “their passion for change, for experiencing new things, and taking what some might see as risks, increase their vulnerabilities. Thus, our efforts to raise awareness must also reflect this new reality. There must be campaigns to bring about awareness, and in order to reach the youths we must now speak their language,” she added.

Livermore was supported by Ambassador Marianne Van Steen, head of delegation of the European Union (EU) to Jamaica, Belize, The Bahamas, Turks and Caicos Islands, and the Cayman Islands, who said tackling the trafficking of humans in these COVID times has become even more urgent, as unemployment and the lack of economic and social opportunities have led to further development of human-trafficking networks, and that the use of digital technology in the pandemic makes children more vulnerable.

Even before both women spoke, Chenee Russell-Robinson, manager at the Trafficking in Persons Secretariat in the Ministry of National Security (MNS), told The Gleaner that traffickers are using contemporary means, such as social media, to carry out their acts. Therefore, she said, “We have to get ahead of the traffickers, and encourage people to be safe in their social media practices.”

She also said the pieces produced by the competitors will be mounted on the IOM and MNS websites, to give them some publicity and to be possibly incorporated in public education programmes. The state minister in the MNS, Zavia Mayne, too, was present. He outlined a raft of actions that the Government has been taking to investigate, prosecute, and convict traffickers, including “officials who may become complicit in human trafficking”.

The competition, opened to youth age six to 26, is a part of the Multi-Country Border Security Project funded by the EU and implemented jointly in Jamaica, Haiti and the Dominican Republic by the IOM and the International and Ibero-American Foundation for Administration and Public Affairs.

Its goal was to increase the awareness of Jamaicans about trafficking in persons, specifically targeting the most vulnerable in society, many of whom are residing in rural Jamaica. Students were encouraged to submit their interpretation of human trafficking through drawings, paintings, illustrations, photographs, drama, music, speech, and poetry, or through a combination of different art forms. It ran from June 30 to September 30 last year.

All the speakers expressed their satisfaction with the pieces produced, with Livermore saying that they are testament to the “untapped creativity, talent and passion of the Jamaican youth. These individuals have produced pieces that not only portray the realities of human trafficking, but evoke a sense of critical awareness and urgency to combat the scourge of human trafficking,” she said.

Van Steen told the gathering that “we are convinced that the strength of the messages emanating from these works can help to reaffirm our commitment to protect victims and prosecute perpetrators of human trafficking”. Some of the pieces were on display on Saturday, while the winners in the performance categories entertained the audience with renditions of the work they had submitted.

John-Michael Ramsay, a past student of Cornwall College, was the lone male first-place winner. He had two pieces on display, one of which he said was influenced by his living in Montego Bay. In the presence of his mother, Collette Ramsay, he said he was “ecstatic” to be declared the winner in his category.