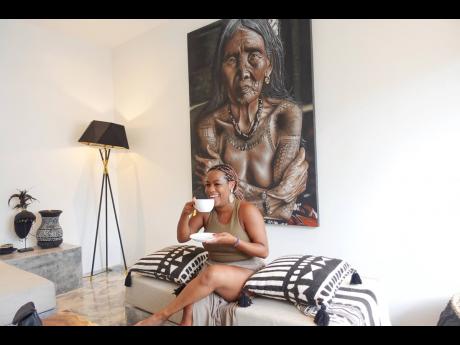 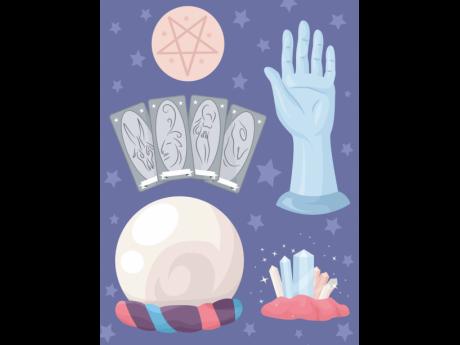 FROM AS far back as she can remember, Akeel O’Connor’s experience with spirituality never quite looked the way everyone else’s did, and she never quite understood what she was being led to until she surrendered to the transforming process.

Born in Jamaica and raised in the Cayman Islands with Christian parents, O’Connor said her way of being was built on a solid foundation laid in the appreciation of spiritual practices, the values of having a connection with God and being grateful for blessings small and large.

But, as she aged, she said her ability to sense negative energies, have visions of events before they happened and receive messages about a situation without prior knowledge, led her to believe she had a gift.

“I was able to look at a person or just hear their voice and understand exactly what makes them tick, what issues they’re experiencing and how to help them move past that. My intuition was very strong and I could feel the hand of an unseen force guiding me through life,”

Bu,t for most of her childhood to young adult years, O’Connor said she thought others also had that gift and was able to make the same assessments through a divine guide.

“I realised that most of the things I was experiencing and I was able to do weren’t ‘normal’. I started to realised that I had been unknowingly tapped into the energetic field of life where information flows freely and spiritual experiences aren’t just something you read about in a book, but become a part of your everyday life,”

Uncertain about what this meant and how it aligned with her purpose, O’Connor acknowledged the rite of passage by enrolling in programmes and a profession she believed would have satisfied her and desire to the appease those who had expectations of her.

“As a child, I wanted to be a doctor or a lawyer because I knew I had the ability to, and, more importantly to me at that time, that’s what I felt my family and community expected of me. I ended up choosing the path of medical technologist and graduating from a school in the US,” she told Family and Religion.

But something was missing.

“I always felt that there was just more to life and more to my path than my current way of life. Eventually, I left my job as a medical technologist to follow my inner knowing that there was more out there that I was to experience, learn, see and create,” she said.

O’Connor soon found herself in London, England where she stayed for two years.

But, as she explored, met people and became more exposed to cultures, she realised her calling was greater than she imagined.

“I moved to Bali, Indonesia where I currently am and where I experienced the most profound spiritual awakening. I knew from my first job right out of college that I wasn’t living the life I needed to be living. I had a great job that paid amazingly right out of college, I was able to achieve things most people wanted, yet I knew this wasn’t the right path for me,”

She added: “I’ve always had a very strong internal guidance system. It tells me when I am not living authentically or when I am making choices that aren’t aligned with my life purpose. I believe that everyone is born with a purpose imprinted on their soul. Your soul yearns to express that purpose by showing up in the form of dreams and desires.”

Conflicted with the unconventional practices that her spirit yearned for, O’Connor began opening her mind to the possibility of growth in ways she initially thought were taboo.

“My move to London was one that shifted my life forever. It was in London that I really encountered myself through daily meditation. I realised that every belief I held was placed there by someone else and that I needed to remove them and only keep the ones that I have found to be true. I began to search for understanding, truth and personal experience. The more I searched, the stronger my gifts and connection with God grew.”

So, how did this Christian move to embracing tarot reading and dispelling the notion that it is evil and should not be practised?

Join us next week.