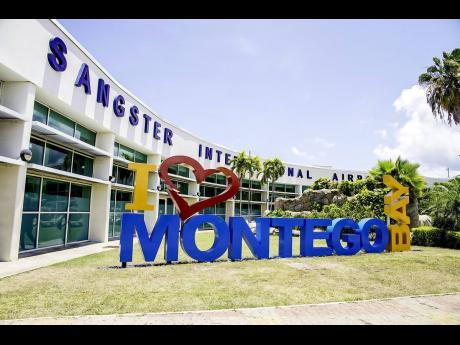 It remains unclear when the air traffic controllers will return to work. -File photo.

A total of 28 flights that were scheduled to arrive at the Sangster International Airport in Montego Bay, St James have been cancelled due to industrial action by air traffic controllers.

Sharon Hislop, Manager, Commercial Development & Marketing, at MBJ Airports Limited told The Gleaner that an American Airlines flight that was en route from JFK in New York was diverted to Miami, and a flight from Charlotte, North Carolina turned back.

An Air Canada flight, which was en route to the island, was also forced to return to Toronto.

Earlier this morning, a Frontier flight out of Atlanta, a Sun Wing flight from Toronto, an American Airlines flight from Miami, and a JetBlue flight out of New York were able to land at Sangster before the industrial unrest went into full mode.

The American Airlines plane is expected to return empty to the US.

It remains unclear when the air traffic controllers will return to work.

However, highly placed sources say the industrial action would last until Friday morning.

The absence of controllers has forced the suspension of services at Sangster and Norman Manley International airports as of 10:00 am today.

Both airports were advised of the development this morning by a letter signed by Howard Greaves, director, air traffic management at the Jamaica Civil Aviation Authority (JCAA).

Greaves said due to limited staff available to work at the Kingston Air Traffic Control Centre, the JCAA was forced to suspend services.

This, he said, will impact all arrivals and departures into the two main international airports.

“We will return to normal operations when the situation is resolved,” he noted.

Air traffic controllers have been at odds with the Ministry of Finance for the last three months owing to a fallout in salary negotiations.

Three weeks ago, they reportedly went on sick out at the Sangster International Airport and repeated their silent protest two nights ago.