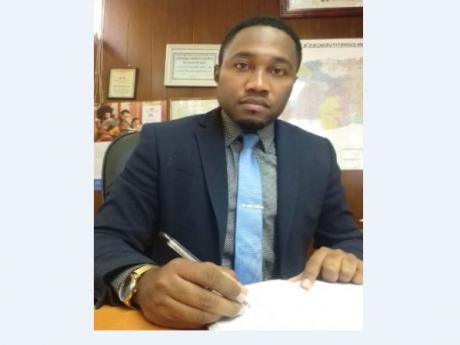 Rovel Morris, the Chief Executive Officer of the St Ann Municipal Corporation, has been cleared by the Office of Services Commission of any wrongdoing in relation to the installation of a charging port at the local authority.

The port was installed for use by former Mayor Michael Belnavis to charge his electric vehicle.

Anti-corruption body, the Integrity Commission, had recommended in January that Morris be sanctioned for authorising the installation of a 220-volt charging port at the St Ann Municipal Corporation so Belnavis could charge his Porsche Cayenne hybrid motor car.

The Integrity Commission deemed that Morris contravened the law when he carried out Belnavis’ request to install the charging facility for his personal use.

In an interview with The Gleaner Thursday night, Morris disclosed that he attended a meeting at the commission earlier that day where the matter was settled with him being cleared.

“It’s a sense of relief and reprieve … as a normal human being not only as a CEO.”

In coming to its conclusion, the Integrity Commission, at the time, noted that no permission was given by the permanent secretary in the Ministry of Local Government, Marsha Henry-Martin, to install the charging facility.

In a special report, Kevon A Stephenson, Director of Investigations at the Integrity Commission, chided Belnavis for the request to have the charging port installed, deeming it an abuse of his office to have public resources used for personal use.

Morris was said to have breached Section 17 of the Public Bodies Management and Accountability Act when he acceded to the request by Belnavis.

The Integrity Commission said Belnavis repaid the sum of $78,000, which was the cost to install the charging port.

The installation of the charging port was one of a series of controversies that ultimately led to Belnavis stepping down as Mayor.

Morris said since the incident measures have been put in place to prevent a recurrence.

“From the initial time, added measures have been put in place so definitely I have to be more stringent on the processes going forward,” he said.