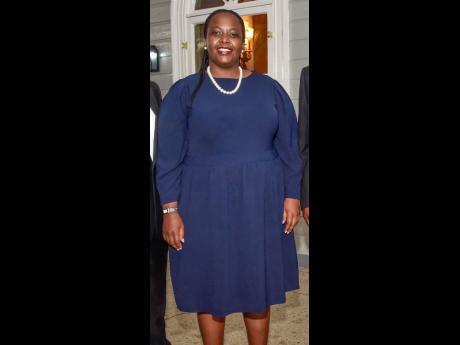 Clare Akamanzi, chief executive officer of the Rwandan Development Board. 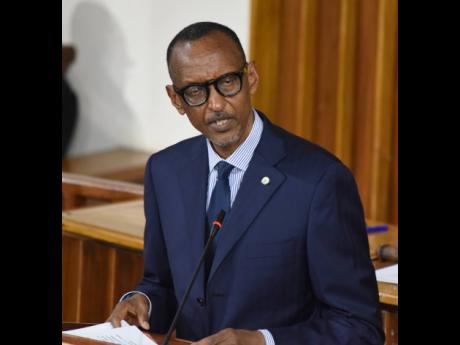 File
Paul Kagame, president of the Republic of Rwanda.
1
2

The Rwandan government has outlined its priorities as it pursues an active relationship with the Caribbean. President Paul Kagame’s three-day state visit to Jamaica in April concluded with the signing of two bilateral memoranda of understanding in regard to tourism and politics, although the specifics of the agreements were not made public.

Coming out of these deliberations, chief executive officer of the Rwandan Development Board (RDB), Clare Akamanzi, shared specific focus areas discussed during the visit, which included collaboration in agriculture, information technology and tourism.

During a Sunday Gleaner interview, Akamanzi said, “When we were in Jamaica, we discussed specific areas of working together and this includes tourism development and agriculture best practices. For example, you have a very good breed of beef from something called red poll, so being able to get that kind of variety in Rwanda is important.”

In recent years, the east African country has made significant strides with its economic development, with high-growth sectors being agriculture, manufacturing and tourism.

“We also know that you have had success in medicinal high-value crops like cannabis; we want to learn from you as well. In addition to tourism and agriculture, we also looked at sports development,” she added.

The RDB chief explained that one strategy being pursued to develop the economy is attracting visitors to the country through conferences. In 2019, the International Congress and Convention Association ranked Rwanda’s capital, Kigali, as the second most popular destination for conferences and events in Africa.

Hosting international sporting events is also a priority, with the upcoming 2022 Basketball Africa League (BAL) Playoffs and Finals being the most recent. The competition, which began yesterday, is the only NBA league hosted outside of the United States.

Kigali will also host the Commonwealth Heads of Government Meeting in June.

Jamaica, Akamanzi elaborated, has particularly stood out in creative industries, which is a major area of interest for the Rwandan government.

“I think Jamaica has distinguished itself in that area. We want to work with you on how do you develop and commercialise the creative industries, including events such as festivals that we can bring to Rwanda,” she said.

Akamanzi explained that working together in areas such as culture is one way to reduce the distance between the two regions. To facilitate this objective, she revealed that one of the decisions reached with the Jamaican Government was to do an exchange in media and broadcasting so that the two countries can better appreciate each other’s culture.

Notwithstanding that, the RDB is also interested in promoting exports to the Caribbean, including agricultural produce, essential oils, cosmetic products and handcrafted items. Rwanda is also considering medicinal exports in light of the fact that the country will begin producing vaccines this year.

On the flip side, Rwanda is interested in Jamaican exports such as rum, Blue Mountain coffee and other agricultural products.

The RDB boss is encouraging investments from Caribbean businesses as she outlined that the country is taking steps to establish a financial centre while focusing on digitisation, agro-processing and manufacturing. Manufacturing currently comprises 20 per cent of Rwanda’s gross domestic product (GDP).

President of the Jamaica Manufacturers and Exporters Association, John Mahfood, shared that Africa represents a potentially lucrative market for local businesses with several prospective customers, including Nigeria, Rwanda and Ghana.

“The president of Rwanda indicated that the Africans see Jamaica in a very positive light and want things from us. So, I think that indicates that we need to get out there now and try and look at those markets, too,” Mahfood told The Sunday Gleaner.

However, Mahfood is urging that attention be paid to the Caribbean market as well in order to overcome Jamaica’s current trade imbalance with countries such as Trinidad and Tobago and the Dominican Republic.

He shared that on average, Jamaica exports US$9 million of goods to the Dominican Republic, while the country imports US$450 million worth of goods.

When asked if local capacity challenges could explain the current trade disparity, Mahfood explained that there needs to be a change in mindset of local businesses.

“Most of the manufacturers in Jamaica are only operating on single-shift, eight-hour days, so there is a lot of capacity to export. The problem is making sure that your products are competitive, going into the markets to look for customers and breaking out of the pattern where you are just selling to Jamaican supermarkets, hardware stores and hotels,” he said.

Even though Akamanzi conceded that the physical distance between the two countries was significant, she emphasised that Jamaica and Rwanda are natural political and ideological allies and focus should be placed on Caribbean and African countries working together to align views to tackle pressing global issues.