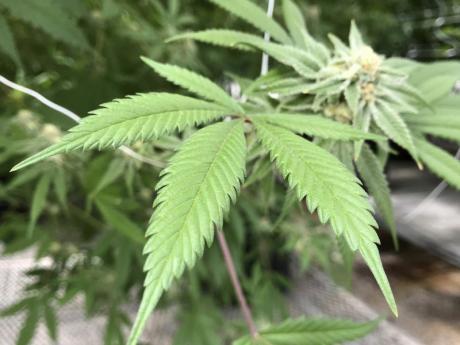 The Westmoreland Hemp and Ganja Farmers Association (WHGFA) is proposing the establishment of a free zone for cannabis in the western region of the parish to grow and sell ganja.

He said although he understands and is aware of Jamaica's international agreements and laws governing cannabis, there are ways in which they can use those laws and small incremental privileges for the use of cannabis to push the boundaries toward establishing a cannabis free zone area.

"The Westmoreland Hemp and Ganja Farmers Association came up with this idea that we could create an area where ganja could be grown freely, and businesses pertaining to ganja could be developed freely," Johnson said.

He said the proposed cannabis free zone would encompass the entire West End strip in Negril, through to Orange Hill, Broughton and Mango Hall in the parish.

"Everything cannabis could be grown in that area and we make it a ganja free zone in which banks would be here, universities would be here," argued Johnson.

He further said that the commercial district of Negril is prepared to provide support, once the government accepts and establishes a legal framework to facilitate the operation of the zone.

"What we need now, [is] not money from government, just the legal framework," Johnson said.

The proposal has not yet been presented to the government.

In 2015, the Peoples National Party-led government amended the Dangerous Drug Act, which resulted in the decriminalisation of up to two ounces of ganja. The amendments also resulted in the establishment of the Cannabis Licensing Authority, which permits each household to legally grow no more than five marijuana plants.