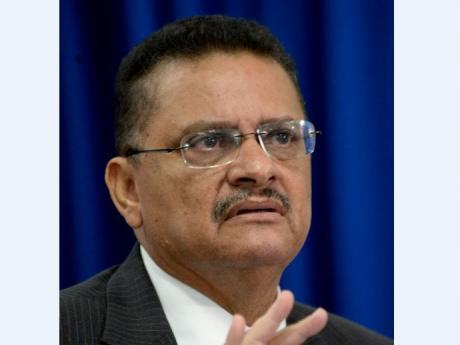 McKoy: "The Government of Jamaica respects the Court’s ruling and commits to ensuring that the judgement is thoroughly followed. The Government is totally committed to fully applying the rule of law as laid down in the Constitution."

Attorney General Dr Derrick McKoy says the Government is "committed" to following the Constitution after a court ruling that regulations governing a 2018 state of emergency (SOE) in St James violated Jamaica's supreme law and a citizen's fundamental rights.

There's been anticipation for McKoy's comments given that today's decision came within hours of the SOE declaration for St Catherine.

"The Government of Jamaica respects the Court's ruling and commits to ensuring that the judgement is thoroughly followed. The Government is totally committed to fully applying the rule of law as laid down in the Constitution," said the chief legal advisor to the government.

McKoy says he's doing a "detailed review of the ruling to ensure that the current regulations are consistent with the court's ruling".

St James taximan Roshaine Clarke won his lawsuit against the government over his detention under a state of emergency declared in the parish in 2018. He asserted that his rights were breached.

The court awarded him approximately $18 million, which the government has to pay.

The judges said regulations under the 2018 SOE that dealt with the right of freedom of movement and right to liberty "breach the Charter of Fundamental Rights and Freedoms of the Constitution".

"These regulations were declared unconstitutional as they gave the authorities unduly unfettered power to abrogate the fundamental rights of a wide class of persons in society without evidence establishing that they were reasonably justified for achieving the purposes of the state of emergency," the three-member panel ruled.

McKoy said even before today's judgment, the Government had amended the 2018 regulations governing states of public emergency.

"These amendments were to satisfy concerns raised by the litigants in the courts regarding the process engaged in the detention of suspects. These amendments are currently operating in the regulations governing States of Public Emergency," he said.

The Opposition People's National Party has said it was vindicated by the ruling of the Constitutional Court because it had "long maintained that the way in which the Government has been using SOEs since 2018 has violated the Constitution".

"We invite the Government to have discussions with the Opposition to find a constitutional and effective pathway to addressing the scourge of crime and violence plaguing the country, given today's guidance provided by the Constitutional Court," said Opposition Spokesman on Justice and Information Senator Donna Scott-Mottley said.

She also noted that the monetary award to Clarke "speaks to the magnitude of the State's potential liability where thousands of young people could become claimants in similar cases, at a cost that would be borne by the Jamaican taxpayers".