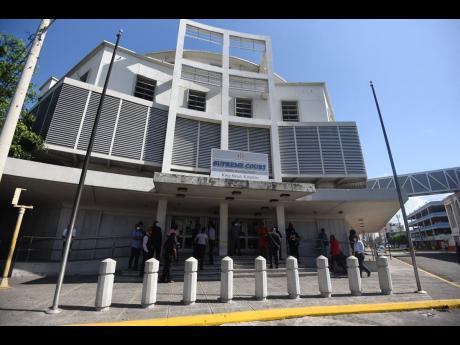 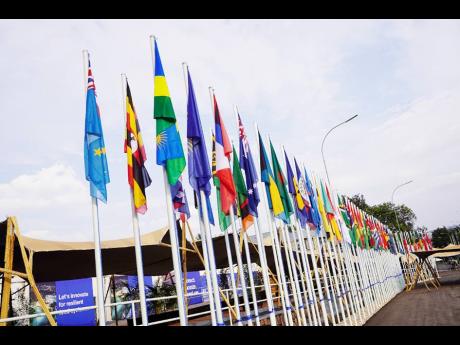 Contributed
Flags representing member states of the Commonwealth of Nations in Kigali, Rwanda, where the heads of government meeting is under way.
1
2

(New Times Rwanda for The Gleaner):

As the application of technology becomes commonplace in judicial systems around the world, experts have cautioned that challenges may arise as a result, and measures should be put in place to ensure that justice is not compromised.

The use of technology in the judicial system goes beyond just the use of video conferencing, it also involves the use of evidence from electronic devices like videos and audios, in addition to the use of online integrated systems to share information among relevant parties during the trial process.

For more than five years, Rwanda has been using the Integrated Electronic Case Management System (IECMS), an online system that integrates the five institutions of the justice sector – the Ministry of Justice, the National Public Prosecution Authority (NPPA), the Rwanda Investigation Bureau (RIB) and the Rwanda Correctional Services (RCS).

FACILITATES THE SHARING OF DOCUMENTS

The system facilitates the sharing of documents between the relevant institutions and lawyers during the various stages of a trial, from the time of investigation, prosecution, to the time that verdict is issued.

The use of technology is improving access to justice, according to experts, but there is a need to invest in safety so that it will not end up compromising the delivery of justice.

Here, for example, Collins Okoh, the former editor-in-chief of Strathmore University’s Law Review, and currently an intern at the Centre of Intellectual Property and Information Technology Law, told The New Times that video and audio evidence can be altered by the use of deep-fake technology.

Deep fake is a type of Artificial Intelligence (AI) used to create fake but convincing images, audio and video hoaxes.

“We have a situation where machine learning is growing. Artificial intelligence and deep algorithms can alter a lot of things. That leads to the discussion of deep fakes, which are alterations made to either video or pictures to change them in such a way that you can only use deep-fake detectors to actually know that a particular image or video has been altered,” Okoh explained.

He noted that the judicial sector should start thinking about investing in measures that facilitate forensic evaluation of video and audio evidence.

In a panel discussion during the Access to Justice and Technology Forum of the CommonWealth Heads of Government Meeting (CHOGM) on Tuesday, June 21, Faustin Ntezilyayo, the chief justice of Rwanda, also admitted that the issue of malpractice can come up as the judicial sector continues to use technology in its work.

He called for collaboration between all stakeholders so that professional responsibility is enhanced at all levels.

“We are seeing worldwide that there are guidelines that are issued to lawyers in order to enhance their professional responsibility with regard to the use of technology. We are doing the same in the judicial sector,” he added.

Solina Nyirahabimana, the minister of state in charge of constitutional and legal affairs in the Ministry of Justice , in her speech at the same event, emphasised the necessity for technology, saying that “at this stage the use of technology is not an option” but a must.

She reminded the audience that new technology comes with challenges, but the benefits outweigh those challenges.

“Let’s fix these challenges, let’s deal with these problems around the use of technology,” she said.

Asked about the possibility of cybersecurity attacks on court systems, Okoh said the judiciary should implement cybersafety measures and avoid conducting trials of sensitive cases via IT platforms.

“I don’t think all cases should be held online. For example, if you have a case that involves a minor and you doubt the safety of the online system, it does not make sense for you to hear it online. This is because in the event of hacking, that information is most likely going to leak,” he said.

Gertrude Lamunu, the head of communications at Barefoot Law, a Ugandan non-profit organisation which, through the innovative use of simple digital technology like USSD, empowers people with free legal information, said there should be efforts to break cultural barriers that hinder its use at the grassroots as the use of technology has significant benefits.

“For example, there are some communities where women are not allowed to hold phones. Actors in the justice sector are speaking about justice for everyone, but if women cannot own phones, then what are you doing? Are you just enhancing men’s justice or everyone’s?” she said.

In addition, she called for efforts to increase wireless networks in various places so that justice will be accessible to more people via technology.