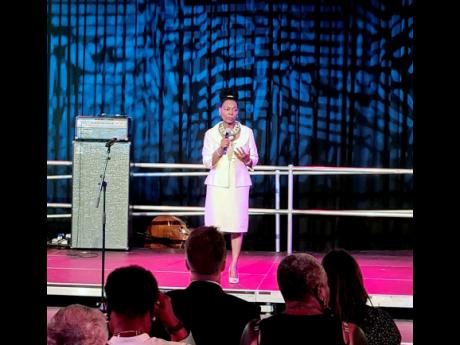 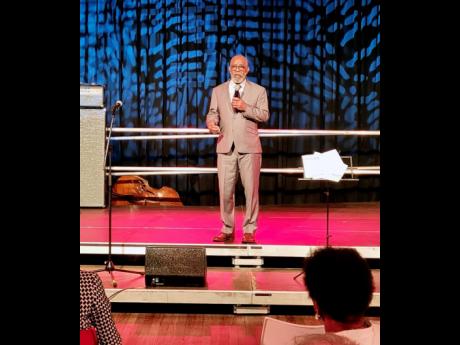 Contributed
Basil Watson, the Jamaican sculptor who designed the monument speaks at the South Bank centre. 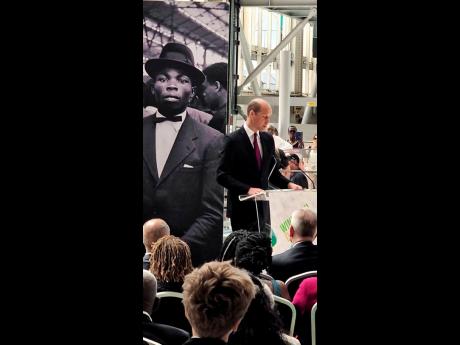 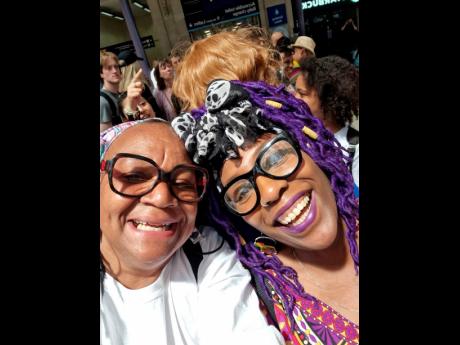 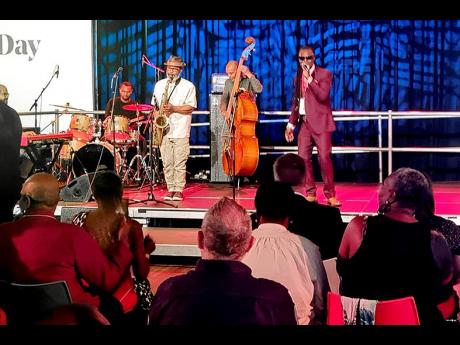 Last week’s unveiling of the national monument to Windrush pioneers and the generations that followed, by Prince William, Duke of Cambridge, at Waterloo Station in London, was greeted with joy and tears from members of the Caribbean community.

Designed by renowned Jamaican sculptor Basil Watson, the monument is described as a permanent tribute to the ambition, courage, and contribution of the settlers from the Caribbean who arrived aboard the Empire Windrush in 1948.

The statue portrays three figures – a man, a woman, and a child – dressed in their “Sunday best” climbing a mountain of suitcases hand in hand.

Speaking at a separate event at nearby South Bank Centre after the unveiling, Watson said:

“The community probably never felt that this moment would happen. I have seen some moved to tears because their personal experience and their tremendous contribution to the development and culture of Britain are being recognised in this way.

“My parents, along with a great many others, took the long arduous voyage from the Caribbean with very little or nothing other than their aspirations, their courage and a promise of opportunity for advancement. This monument tells that story of hope, determination, a strong belief in selves and a vision for the future.

“It has been an honour to design and create this permanent memorial which pays tribute to the Windrush generation as they arrived in Britain with their dreams and aspirations, courage and dignity, skills, and talents.

“They arrived with the idea of laying a foundation for their families and their future and a hope of contributing to a society that they expected would welcome them in return.

“From this seemingly inauspicious beginning, despite many challenges, they spread their culture across Britain, influencing many aspects of the society.”

The chair of the Windrush Commemoration Committee, Baroness Floella Benjamin, said: “The National Windrush Monument will be a permanent place of reflection, celebration, and inspiration for Caribbean communities and the wider public, especially children.

“It will act as a symbolic link to our past and a permanent reminder of our shared history and heritage for generations to come. I hope it will be a catalyst for other monuments across Britain commemorating the extraordinary contribution to this country by the Windrush generation.”

He said: “The unveiling of the Windrush memorial at Waterloo Station marks an important moment in British history as we recognise the contribution that generations of people from the Caribbean have made, and continue to make, to British society.

“It rightly reminds us of the Windrush scandal, which as the Duke of Cambridge said, reverberates throughout the Caribbean community in the UK and among nations of the Caribbean.

“Mary Seacole’s statue is sited a short walk away at St Thomas’ Hospital, and we are delighted to welcome our new neighbour, another celebration of Britain’s diversity and an indicator of the kind of society that we strive to be.”

The unveiling was done on the fourth anniversary of Windrush Day, which was celebrated on Wednesday, June 22, with a host of activities throughout the UK. The celebrations at the South Bank centre included performances from Levi Roots and the Tomorrow’s Warriors Band, a carnival costume show, performances from the Northern School of Contemporary Dance, depicting passengers arriving off the Windrush, and a Caribbean music showcase on the South Bank Terrace.