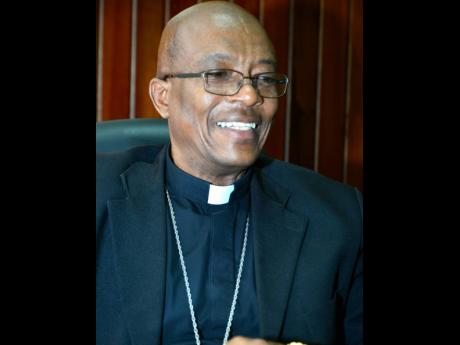 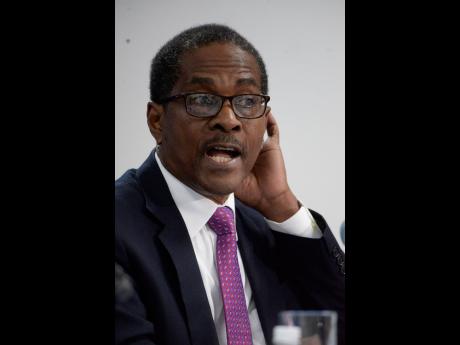 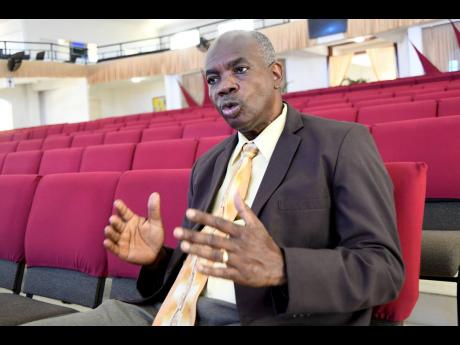 THE JAMAICA Council of Churches (JCC) has thrown its full support behind the leadership of Jamaica’s single anti-corruption body for lawmakers to repeal Section 53(3) and 56 of the Integrity Commission Act, dubbed the gag clauses, arguing that Parliament’s failure to remove the controversial provisions will doom the law to mere tokenism.

The Most Reverend Kenneth D. Richards, Archbishop of Kingston and president of the JCC, has indicated that the maintenance of the gag clauses will allow the “ status quo to remain, betraying the hope that Jamaicans may have had, that change was at hand to limit perceived and actual corruption”.

In its last three annual reports, the top brass of the Integrity Commission pressed Jamaica’s parliamentarians to remove the controversial clauses, declaring that they were impediments to good governance.

Calling it “ridiculous”, chairman of the commission, Justice (ret’d) Seymour Panton, argued that “whereas the police, quite rightly, can say that they are investigating a criminal matter, the Integrity Commission is not allowed to say it is, or is not, investigating a matter that does not involve criminality”.

Responding to The Gleaner for comment on the ongoing debate, the JCC head said he has noted the recommendation by the Integrity Commission that Parliament should repeal the controversial clause preventing it from announcing probes into alleged acts of corruption.

The powerful JCC wants the Integrity Commission to be allowed to use its discretionary authority to make statements about investigations, as it sees fit.

“We are very aware that the level of distrust in Jamaica is at crisis proportions, which makes our country increasingly difficult to govern. The low esteem in which many Jamaicans hold our political leaders is particularly frightening and it is imperative and urgent that action be taken to reduce, if not eliminate, the trust deficit which presently exists,” Richards reasoned.

Noting that the Integrity Commission Act is one of the tools that many Jamaicans agree will greatly assist in addressing the trust deficit in the country, the senior clergyman called on lawmakers to favourably consider the recommendation of the anti-corruption body and “repose trust in the wisdom of its eminently qualified members” to fulfil the intention of the law.

“lt is our view that this action will help to sustain the Government’s commitment to remove the corruption that plagues public operations and validate the sincerity of statements it has made, such as ‘zero tolerance on corruption’ and ‘corruption is a dangerous virus’.”

Rev Adinhair Jones, executive chairman for the Church of God of Jamaica, has also added his voice to the chorus of calls from civil society and the commission for lawmakers now reviewing the parent law to scrap the muzzle clauses.

“I don’t want to suggest that I am casting any aspersion on politicians, but it just seems to me that whatever might be driving the objections to this kind of disclosure is self-serving and is dangerous to the country…,” Jones said.

He warned that there are too many of the country’s national assets at stake by not removing the gag clause. Already, Jones said that the country’s social capital is depleted. “Jamaica is a country that suffers from low trust and a country that believes that there is one law for uptown and one for downtown and one for elsewhere,” he told The Gleaner.

Dr Alvin Bailey, presiding bishop of the Christian Holiness Church in Jamaica, is urging civil society groups to increase the pressure on lawmakers to remove the gag clause.

“If we are serious about rooting out corruption in high places, holding our leaders to a higher level of probity and higher standard of morality and ethics, we must of necessity remove the gag order.”

He said that if lawmakers refused to scrap the gag order in the Integrity Commission Act, their call for probity and integrity in the public sector would ring hollow.

He urged Jamaicans to hold their legislators to a higher level of accountability by insisting that the clause that silences the oversight body on announcing investigations be removed.

“If we are to be respected as a nation of honesty, decency, integrity and righteousness we must be prepared to uphold those laws that expose the things that are wrong. Nobody must be above the law and nobody must be protected,” the clergyman insisted.

Jones, in a Gleaner interview, said he was not indifferent to the concerns of lawmakers who argue that the announcement of probes by the Integrity Commission could cause reputational damage. However, he suggested that those concerns should not trump transparency in the fight against corruption.

“Everything considered, protection can be put in place in relation to matters to do with defamation and some of those protections are already in place. I don’t believe the Integrity Commission is a kind of careless institution that is going to, without regard for people’s character, just go at them in a wanton way.”

Jones said he was “a little suspicious when the lawmakers” have closed ranks to create a clause that bars the commission from announcing matters relating to alleged acts of corruption.