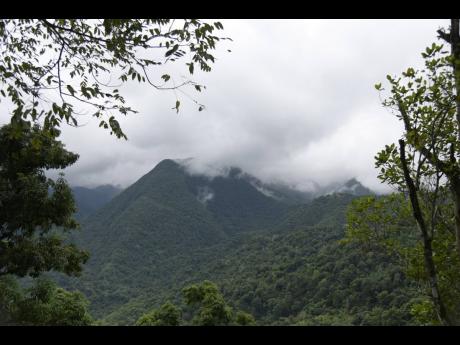 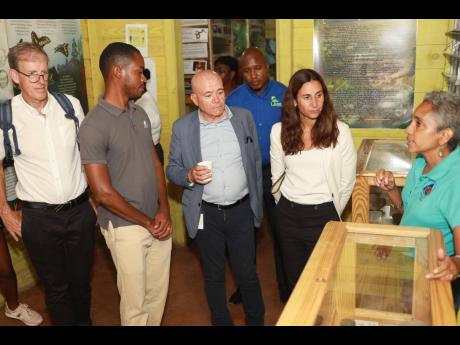 The European Union delegation to Jamaica has committed its support to the preservation of the Blue and John Crow Mountains with a €280,000 grant which is being provided to the Jamaica Conservation and Development Trust (JCDT), the non-profit organisation responsible for the protection of the UNESCO World Heritage Site.

The initiative forms part of the EU’s national project, “addressing Environmental and Climate Change challenges through Improved Forest Management in Jamaica”, which recognises the importance of forests for Jamaica’s climate change response and sustainable economic development.

The project is geared towards building more effective community education and outreach programmes, improved ex-situ and in-situ forest conservation and the creation and maintenance of sustainable community livelihoods, particularly among Maroon and other communities and youth. The grant will also allow for improved management effectiveness through Enforcement, Compliance and Financial Sustainability programmes.

The JCDT in partnership with the EU and Forestry Department officially launched this project “conserving the Forests of the Blue and John Crow Mountains” on Thursday at the Holywell Recreational Park. Several government agencies including the National Environment and Planning Agency (NEPA) and the Planning Institute of Jamaica (PIOJ) were in attendance for the launch which featured a site tour and nature walk.

Speaking at the launch on Thursday, head of cooperation for the EU Delegation to Jamaica, Aniceto Rodriguez Ruiz stressed the importance of involving civil societies in national forest management and conservation. JCDT is one of the four civil societies that have received a grant under the EU’s national conservation programme. The two-year programme is set to end on November 30, 2023.

“The European Union has been partnering with the Government of Jamaica to address the country’s climate change response, but it would be remiss of us not to work with civil societies. The European Union believes in the value and importance of very strong civil societies as they are essential to complementing the efforts of the governments. That is why we have partnered with organisations like JCDT who are equipped to help us protect and conserve Jamaica’s forests,” he stated.

JCDT National Park Manager, David Walters provided an overview of the project activities. He shared that funds under the project would allow JCDT to maintain their conservation and preservation efforts which include research, patrol, monitoring of threats to the forest, tree planting and forest restoration activities.

“This project fills a very important gap that we have at JCDT in terms of our resources. Although we have a very small, but dedicated staff, there are limits to how much we can do so we want to utilise the support being offered by the EU to address these limitations. These include the sustainability of conservation efforts which depend on transportation, workers and financial support,” Walters noted.

Meanwhile, senior director of Eastern Zonal Operations at the Forestry Department, Damart Williams thanked the EU for their support and endorsed their move to fund the JCDT. He brought remarks on behalf of Ainsley A. Henry, CEO & Conservator of Forests, Forestry Department.

The Blue and John Crow Mountains National Park protects just over 41,000 hectares of forest in eastern Jamaica, including the 26,000-hectare World Heritage Site at its core, which comprises most of the remaining closed broadleaf or natural forest. Management of the National Park is guided by a 10-year Plan detailing programmes aimed at preserving the natural forest at the core, restoring degraded forest and facilitating sustainable livelihoods in local communities.