Just over 50% of Jamaicans support removal of Queen 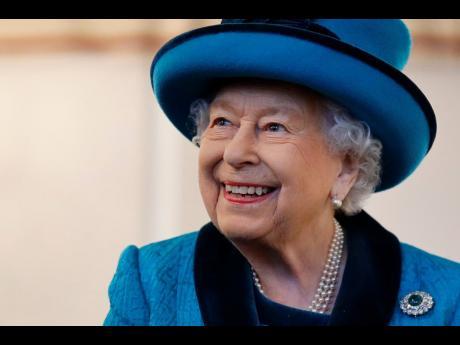 The Holness administration signalled in June that the journey to break ties with the British monarchy and establish Jamaica as a republic will be completed by the time voters go to the polls to elect a new government.- File photo

Just over half of Jamaicans or 56 per cent, want the country to remove the Queen as head of state, an RJRGLEANER Don Anderson poll has found.

Jamaica spent centuries as a colony of Britain until it gained political Independence in August 1962.

Even though the numbers have fluctuated, the majority of Jamaicans have maintained their stance on removal of the Queen for the past decade.

The number of Jamaicans who believe that Jamaica should keep the monarchy is on the decline with 40 per cent of respondents taking that position in 2012.

Over the 10-year period, between eight and 17 percent of Jamaicans said they were unsure about their position on the matter.

Pending the arrival of Prince William and the Duchess of Cambridge to Jamaica in March 2022, dozens of placard-bearing protesters lined up across from the British High Commission, on Trafalgar Road in New Kingston, demanding an apology from the monarchy, and reparations for slavery.

During the royal visit, Prime Minister Andrew Holness told the Duke of Cambridge that Jamaica is intent on removing his grandmother, Queen Elizabeth, as the country's head of state.

“We're moving on and we intend to attain in short order…and fulfil our true ambitions as an independent, developed and prosperous country,” Holness said during a courtesy call at Jamaica House.

In an April 2022 Gleaner interview, P.J. Patterson, Jamaica's sixth and longest-serving prime minister, expressed regret that the country did not become a republic under his leadership.

Patterson reasoned that Jamaica could not be more ready for a shift from the monarchical system as the country celebrates its diamond Independence jubilee.

The Holness administration signalled in June that the journey to break ties with the British monarchy and establish Jamaica as a republic will be completed by the time voters go to the polls to elect a new government.

The next general election is constitutionally due by 2025.

Minister of Legal and Constitutional Affairs, Marlene Malahoo Forte, said Jamaicans will be called on to vote in a referendum as part of the final steps to establish Jamaica as a parliamentary republic to replace the current constitutional monarchy.

The minister had also said that she will table legislation to advance the process at the beginning of the 2023-2024 legislative year.

The process to achieve republic status will begin with the establishment of a committee that will, among other things, conduct a thorough and comprehensive review of the 1962 Constitution, including the 2011 Charter of Fundamental Rights and Freedom.

The committee will also review recommendations made through the various constitutional reform commissions and committees in the past.

The RJRGLEANER Don Anderson polls were conducted with more than 1,000 Jamaican respondents.