The many layers of forgiveness 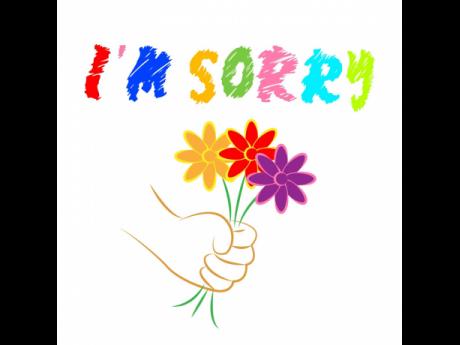 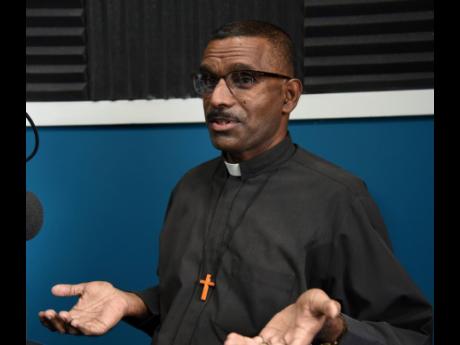 This thing called forgiveness is quite a journey at times. The mother/grandmother of slain Kemesha Wright and her four children has declared that she has forgiven the self-confessed murderer of her beloved daughter and grandchildren. It brings into focus the subject of forgiveness. What is it really? Is it as easy as shaking hands and saying, “I forgive you”?

Forgiveness is a wonderful way of being in which the offended party deliberately moves away from grudge, anger, resentment, and malice. In an interview with Cliff Hughes of Nationwide, she declared her having forgiven the killer. I am not able to judge Grandma’s declaration of forgiveness. In fact, her conversation shows a movement away from her initial understandable anger and disillusioned state of mind.

Generally speaking, though, we seem to have a split personality when it comes to the subject of forgiveness. On the one hand we live in a context where popular Christian teaching affirms the importance of forgiveness. On the other hand, the reality is that many have poor conflict resolution skills - if any - and many are quick to resort to violence even for something as simple as a toe being stepped on.

It is important for those who do counselling with a heavy religious faith focus to beware of rushing victims of sexual abuse to perfunctory forgiveness. Such approaches negate the painful journey of the victim while centering the “being-right-with-God” agenda. The counselling practitioner’s ego is served, and the violated victim sustains a false sense of spiritual growth.

Forgiveness is a most beautiful experience both for the forgiver and the forgiven. It reminds me that I should be patient with others in the same way that I would want them to be understanding, patient, and forgiving with me.

In a world where the virtue of forgiveness gets more lip service than process as we hear the rhetoric, “forgive and forget”, John F. Kennedy’s advice may be instructive. He says, “Forgive your enemies, but never forget their names.”

The simplistic approach gives good reason to comedian Emo Phillips, who said, “When I was a kid, I used to pray every night for a new bicycle. Then I realised that the Lord doesn’t work that way, so I stole one and asked Him to forgive me.” Funny, but with dangerous implications if put into practice. And isn’t it interesting how some people, the moment you forgive them, find something else for you to have to forgive them for?

Much of the writings on forgiveness affirm strength, virtue, and admiration for those who forgive. Conversely, there is much disdain for those who are not yet there. They are then presented as weak, iniquitous, and unworthy of affirmation.

Might perfunctory forgiveness be an opiate to silence the descendants of the transatlantic slave trade, the victims of white supremacy and racism, and the calls for reparatory justice? Forgiveness with its theological import must, therefore, be subjected to the lens of human rights concerns and the process of psychological engagement.

When someone carries the pain of being violated through rape, molestation, betrayal, and sexual abuse in general, it is inappropriate for that person to be lectured on forgiveness. The reality of the person’s pain and loss must be validated. The reality of transgression must be identified and named! Most importantly, the place of anger ought to be affirmed and recognised as a companion on the journey for healing.

Your autonomy is important in matters of process regarding forgiveness. You alone determine when and how you move on with any sense of forgiving anyone who violated you, and especially your childhood innocence.

One of the challenges that many have faced is that of religious abuse. Institutional abuse and that of authority figures can be particularly debilitating. People have sat in pews for years while living with the weekly condemnation of their hairstyle, jewellery, common-law-union, or gender and sexual diversity identity. Sadly, there are those who have been sexually abused, too. I remember a committed Christian who was not allowed to sing on her church choir or teach Sunday school, when she decided to pierce her ears and wear a pair of knobs. She lived with such guilt for years until she was able to make a distinction between God and church.

Too many pastors have turned a blind eye to intimate partner violence, in the rush to completing the lecture on forgiveness, securing the declaration of forgiveness, and placating the counselling context with a hurried sense that all is well.

Forgiveness then is indeed a wonderful thing. Therefore, its process is to be respected, facilitated, and welcomed. Clarissa Pinkola Estes says it well: “Many people have trouble with forgiveness because they have been taught it is a singular act to be completed in one sitting. That is not so. Forgiveness has many layers, many seasons.”

- Father Sean Major-Campbell, is an Anglican priest and advocate for human rights. seanmajorcampbell@yahoo.com