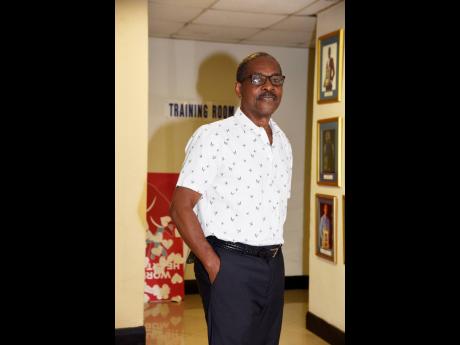 Sections 53 (3) and 56 of the Integrity Commission Act prohibit the commission from announcing investigations into alleged acts of corruption.

There has been a chorus of calls from the commission, civil society, and the Church for parliamentarians to remove the controversial clauses that prevent the single anti-corruption body from announcing investigations and commenting on them until a report is tabled in Parliament.

For years lawmakers have resisted the calls, arguing that an announcement of a probe into alleged acts of corruption could taint the reputations of public officials.

They often blamed the now-defunct Office of the Contractor General, once led by Greg Christie, for announcing investigations into alleged acts of corruption which they claimed, in some instances, caused reputational damage.

Christie is now executive director of the Integrity Commission.

While conceding that lawmakers are entitled to their positions, Panton suggested that MPs should take instructions from their constituents.

“People are elected or appointed in the Parliament, not just for their own views, they are there to represent.

“Now it would be good if there was a situation where the legislators could say, ‘We have consulted our constituents and they do not want us to pass any law which says X or Y.’”

Panton noted that there are persons who believe that one person at the Integrity Commission can make decisions one way or the other.

He said that there are five commissioners who discuss and put forward positions that are considered before approval.

The retired judge indicated that it was not true that Christie has the power to make certain decisions.

“The fact of the matter is that the executive director is subject to the direction of the Integrity Commission,” he added.

Members of the clergy are the latest group to come out in support of the Integrity Commission’s push for lawmakers to scrap the gag clauses in the parent law.

President of the Jamaica Council of Churches (JCC), The Most Reverend Kenneth Richards, indicated last month that the Parliament’s failure to remove the controversial provisions will reduce the law to mere tokenism.

Richards, the Archbishop of Kingston, said that maintaining the gag clauses would allow the “ status quo to remain, betraying the hope that Jamaicans may have had that change was at hand to limit perceived and actual corruption”.

The JCC wants the Integrity Commission to be allowed to use its discretionary authority to make statements about investigations as it sees fit.

“We are very aware that the level of distrust in Jamaica is at crisis proportions, which makes our country increasingly difficult to govern,” Richards told The Gleaner in July.

“The low esteem in which many Jamaicans hold our political leaders is particularly frightening and it is imperative and urgent that action be taken to reduce, if not eliminate, the trust deficit which presently exists.”