One dead, many trapped in Florida as Ian heads toward South Carolina 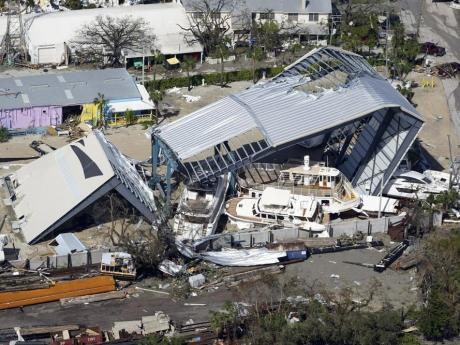 The destruction began to come into focus a day after Ian made landfall in Florida as one of the strongest hurricanes ever to hit to the US. The storm flooded homes on both of the state's coasts, cut off the only bridge to a barrier island, destroyed a historic waterfront pier and knocked out electricity to 2.67 million Florida homes and businesses.

At least one man was confirmed dead.

“The amount of water that's been rising, and will likely continue to rise today even as the storm is passing, is basically a 500-year flooding event.”

Though downgraded to a tropical storm by Thursday morning, the National Hurricane Center said storm surge and flooding rains remained a threat as Ian crept across the Florida peninsula and emerged in the Atlantic Ocean north of Cape Canaveral.

Forecasters predicted a northward turn toward South Carolina, and a hurricane warning was issued for the state's coastline.