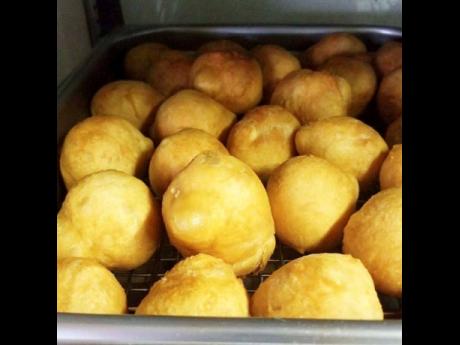 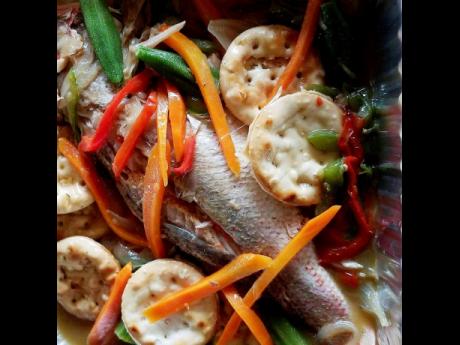 Contributed
Steamed fish with crackers is on the menu at The Original Dumpling Shop in New York. 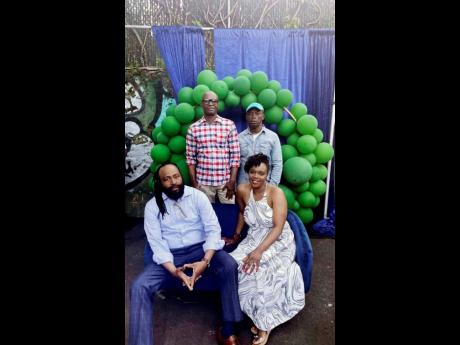 Contributed
The Douglas family. In back (from left); Anthony Douglas, Errol Douglas. Front (from left) ; Collin Douglas and Suzie-ann Douglas.
1
2
3

The Original Dumpling Shop, now located on Baychester Avenue, Bronx, New York, has come a long way from its start-up days of its chef/owners frying fish on a one-burner stove borrowed from a friend.

Today, the successful Jamaican eatery, which first began as a modest operation in 1990 on Bronxwood Avenue, when two Jamaica-born brothers, John and Tidemon Douglas, decided to open J&T Community Fish Shop, is making a positive impact in the diaspora.

Frying fish soon transitioned into frying dumplings. Customers were so happy with the product that it was decided to name the store ‘The Dumpling Shop’. Tidemon passed away and John returned to Jamaica while the business was run by his three nephews and brother.

After 23 years on Bronxwood Avenue, the shop relocated to E 222nd Street in the Bronx and took on a new life. There was a partnership separation in 2016 and Anthony, Collin and Errol decided to continue the family dream and establish what is today known as The Original Dumpling Shop. Its doors opened on August 23, 2018.

Jamaicans love their food and the restaurant located in the northeast Bronx, known for its handmade fried dumplings and fish, has thrived, delivering even more sumptuous treats such as fried salt fish and sprat, topped with onions and carrots soaked in vinegar.

According to Douglas, the decision to focus on fried dumplings was not a difficult one. “In the early ‘90s, customers were looking for comfort food that was quick and easy to prepare. Fried dumplings and fish was that food which was a stark reminder of breakfast in Jamaica,” he said.

Operating in its new format for the past four years, the owners consider themselves blessed to have escaped some of the challenges which most new businesses usually face. Douglas sums up that major benefits are being a familiar face in the community and having chefs who have already made their names in the culinary world.

“Anthony and I are well known in the community, having been in the food service industry for over 20 years. We are well known from the original location on Bronxwood Avenue.”

The Dumpling Shop fame is being spread abroad by satisfied customers as they comment on the authentic, perfectly and traditionally seasoned Jamaican meals, with relatively timely service.

“For those of us who grew up on fried fish, this is our home. My husband and I travel far and wide for meals that meet the needs of our Caribbean palate, and, good Lord, this place is the best! This place is a MUST, for those in need of a “childhood memory fix” was the feedback from one customer.

Another touted the fried parrot fish with bammy and breadfruit as absolutely amazing. In fact, she said it made her feel at home. It is not surprising that the restaurant is enjoying patronage with customers from as far away as Georgia and Pennsylvania.

Douglas said emphasis is placed on ensuring that the menu satisfies the diaspora community with meals that remind them of how their grandparents cooked.

The entrepreneurial team are all from Lucea in Hanover and are past students of Rusea’s High School. Their desire is to continue the legacy their parents created and make it one from which their own children can benefit.