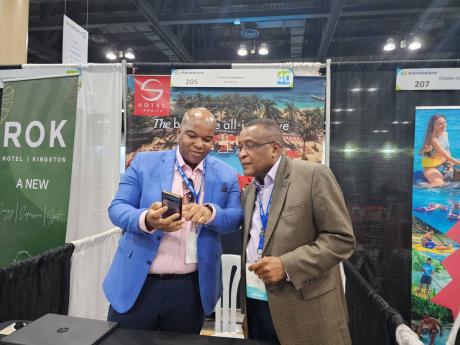 Montego Bay’s S Hotel has surpassed all other Jamaican resorts and has been named among the top 10 hotels in the Caribbean by the coveted Cond é Nast Traveler Readers’ Choice Awards for 2022.

Negril’s Rockhouse and Ocho Rios’ Jamaica Inn closed out the list at numbers nine and 10, while Sandals Royal Caribbean and Sandals Montego Bay made the top 25 list of Best Resorts in the Caribbean and Central America.

The list was released Tuesday morning while Jamaican hoteliers negotiated rates with tour operators and wholesaler companies on the floor of the Caribbean Travel Marketplace in San Juan, Puerto Rico.

S Hotel credits the commitment of management and staff of the hotel for the recognition it continues to get from guests they accommodate. This is the third time since 2020 that the Montego Bay hotel has been placed among the top performers.

The hotel, located on the world-famous Doctor’s Cave Beach, offers a laid-back vibe similar to South Beach in Miami.

“Inside, the ocean-view rooms are big enough to pass for apartments in some big cities. And they lay a minimalist black and white colour scheme over a beachy aesthetic,” was how Cond é Nast describes the hotel situated in the tourism capital.

For Jamaica Inn, this one is extra special, said General Manager Kyle Mais, particularly for him and his team.

“Two years ago, we did not know if would even be in existence. It’s a true demonstration of our resilience and determination and I applaud my team for remaining committed and steadfast to not only recover, but to continue doing and offering our beloved guests one of the highest levels of customer service in the Caribbean,” Mais said.

Now in its 35th year, the awards continue to capture the travel experiences readers love best, said a statement from the travel group, adding that the service standards of various hotels inspired their ranking.

Chairman of the Sandals Resorts International, Adam Stewart, excited about three of his resorts making the cut, two in Jamaica and one in Grenada, spoke of how proud he was to earn the votes of discerning travellers and be ranked once again among the best.

“This recognition is a testament to the warm and unparalleled service brought forth by the incredible Sandals team who so beautifully embody true Caribbean hospitality,” said Stewart.