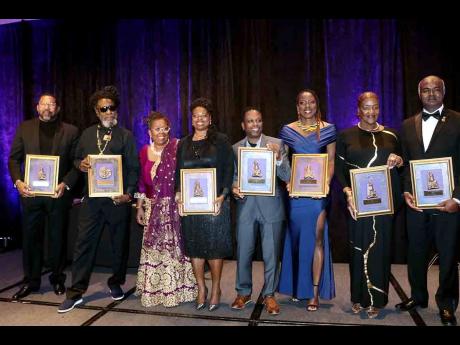 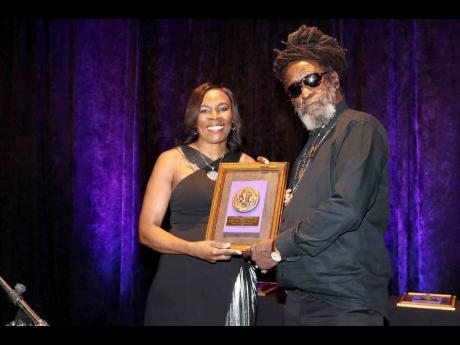 Three Jamaicans were among nine Caribbean nationals who were honoured by the Institute of Caribbean Studies (ICS) in Washington, DC, for their contribution to various fields, ranging from music and education to science and technology.

They were honoured at the 29th annual Caribbean American awards gala sponsored by the ICS on Friday, November 18, at the JW Marriott Hotel in Washington, DC. In commending the awardees, United States Vice President Kamala Harris also hailed the work of the institute.”Since 1993, the Institute of Caribbean Studies (ICS) has worked tirelessly to uplift the voices and needs of Caribbean Americans and immigrants.

“Thanks to you and your work, including your efforts to elevate Caribbean American Heritage Month and advance civic participation, ICS continues to strengthen communities and democracy.” In the message read by Danielle K. Decker, adviser, Office of Public Engagement and Intergovernmental Affairs in the Office of the Vice President, Harris said the Biden-Harris administration was “proud to forge the next chapter in the special and enduring relationship between the United States and the Caribbean region, one based on common bonds, shared values, and generations of families who have called our nation home”.

“As vice president of the United States, and as someone deeply proud of my own Caribbean heritage, I thank you for all that you do to strengthen our nation. And to tonight’s honorees, thank you for proving once again that through big dreams, hard work, and unwavering optimism, we can secure a future filled with opportunity and prosperity for us all,” Vice President Harris declared.

ICS president and founder Dr Claire Nelson, said, “Through the Caribbean Heritage award, we highlight leaders who represent the ideal of excellence and whose genuine and hard work demonstrate the American success story as a nation of immigrants.

“As we go forward, we see ourselves as a vital thread in the network of relationships needed to weave a successful tapestry in 21st century Caribbean. Tonight, we honour those among us who gave credence to the saying that the ‘light of God lives within each of us’. Our honorees are beacons of hope, exemplars of the indomitable spirit of the Caribbean. As we see their light, we reflect on our own potential to become more.”

In his response, Black Uhuru’s Duckie Simpson said: “I have received many awards including the Grammy. Every award means something to me. But receiving the Marcus Garvey’s award is something special to me as it represents an outstanding Jamaican who has lobbied and fought on behalf of the masses.”