Legal eagles let down their hair down 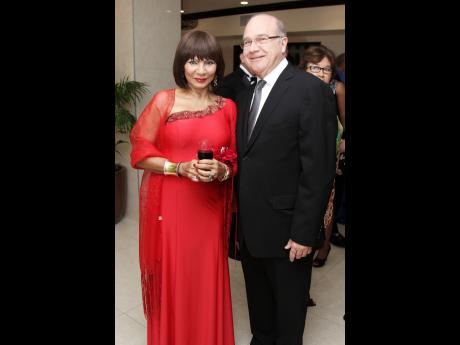 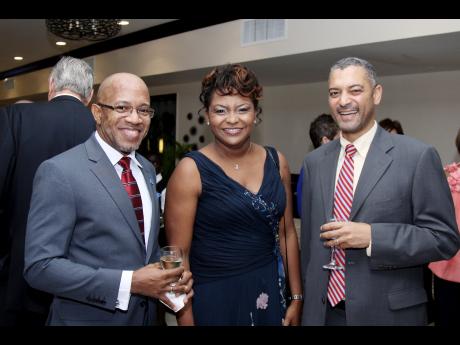 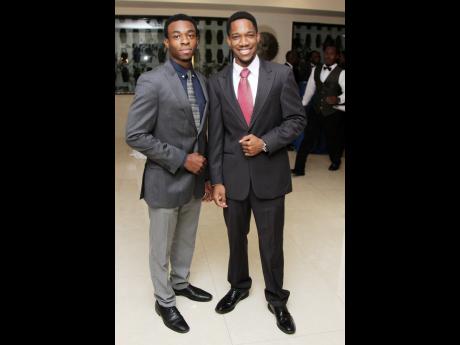 Brian McCalla
Richard and Conrad Hylton looking like they are ripped from the pages of a GQ magazine. 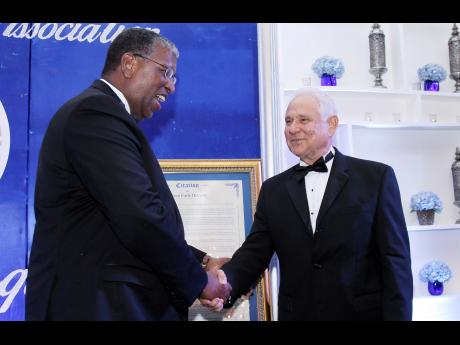 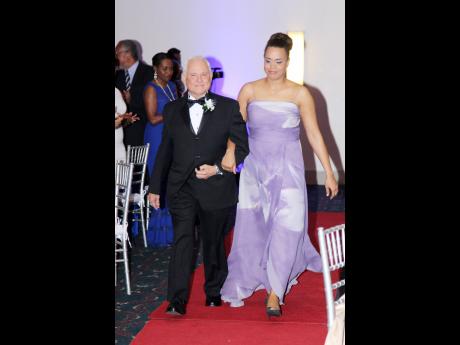 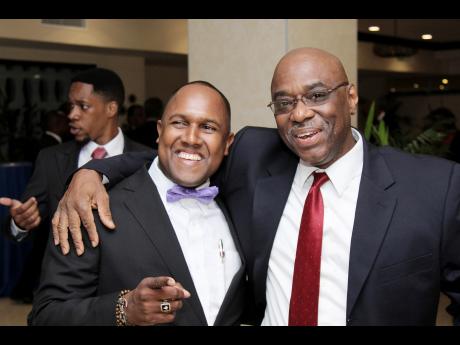 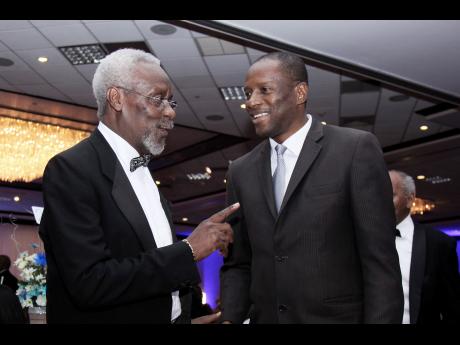 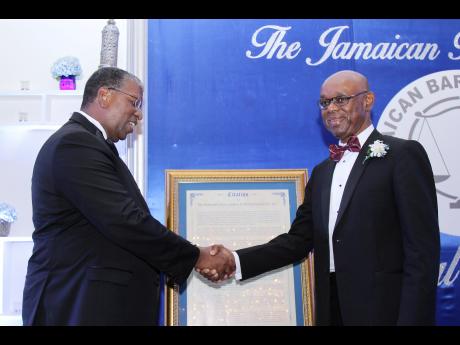 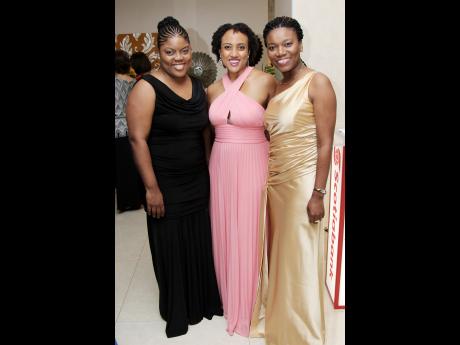 For one night, they got to put away their defence tactics, records of evidence, business plans, and a desk stacked high with cases, to don fine threads. The occasion - The Jamaican Bar Association Annual Banquet and awards ceremony.

The grand ballroom at The Jamaica Pegasus hotel was filled with 'lords' and 'ladies', dressed in fabulous dresses and well-tailored suits. The air was a chorus of greetings and laughter as lawyers who were usually at odds in the courtroom, were now on the same side - having a great night.

The formalities were hosted by Emily Shields who kept the event light and flowing amidst the chatter and banter among friends.

President Donovan Walker gave a brief welcome in which he thanked all who helped to make the banquet possible. He also highlighted some of the progress the association has made over the years.

During dinner, guests were entertained by Dimario McDowell with his rendition of a few classic hits which included What a Wonderful World by Louis Armstrong and My Girl by the Temptations.

After every one's appetite was satiated, it was time to honour two of their own - Trevor DeLeon and B. St Michael Hylton, who have done so much for the legal fraternity. Both were described by their peers as hardworking men of integrity.

Afeef Lazarus read the citation for DeLeon that was prepared by Sherry-Ann McGregor and Maurice Manning. Hylton's citation was prepared and read by Justice C. Dennis Morrison. Video testimonials for the awardees were also shown.

Both showed heartfelt gratitude for the recognition by their peers.

The night ended with vote of thanks by Shanique Scott.