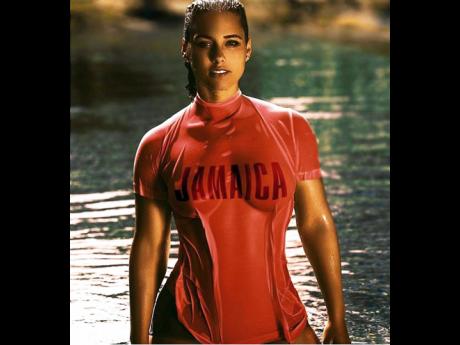 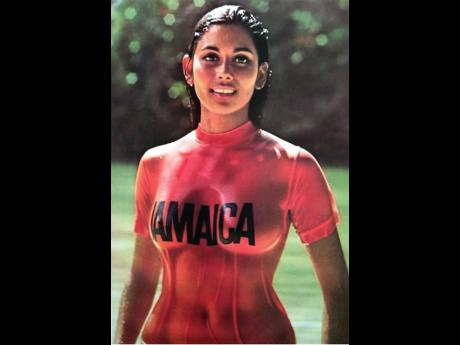 The iconic image of Sintra Arunte-Bronte, the bewitchingly beautiful girl in the wet T-shirt on the Jamaica Tourist Board's (JTB) most successful poster ever, is back in the news again.

This dramatic resurgence has come about because pop music idol Alicia Keyes has made a remarkably bold and commanding attempt to recreate the Sintra poster in her own image, and millions of copies of the stunning double frame with Sintra to the left and Keyes to the right are being shared at record-breaking pace on social media with mixed reaction. Some hate it, but most love it.

So how did this world-famous 1972 image of Sintra that has been described as the most powerful travel poster ever, and that has been the recipient of numerous travel awards come about? I spoke with a number of persons who were close to the project, including Sintra herself, to weave the pieces together.

"I was in absolute shock when I realised a few days ago that the poster was back out, and that people were calling me from all over the world for interviews," Sintra, now 69 and semi-retired, told Outlook from a vacation spot in South Florida.

From all reports, the jaw-dropping poster came about by chance and not by design. Shortly after the first, Michael Manley government came to power in 1972, an American advertising agency, Doyle Dane & Bernbach, was in Jamaica with a French photographer on a search for a buxom and voluptuous Chinese Jamaican girl who would be used to promote Jamaica overseas.

There was, at the time, an early wave of curiosity about China in the United States, and the then tourism director, Anthony Abrahams, liked the agency's idea of pushing the message that the exotic east was also present in nearby Jamaica.

After more than two weeks of combing the island, no such girl was found, and the agency team reported back to the tourism director to say, instead, they found a beautiful Indian girl who happened to be Trinidadian. During the meeting, Abrahams remained skeptical and unimpressed until the agency team pulled out a photograph of Sintra. That changed everything, and the print and television shoot proceeded at Frenchman's Cove in Port Antonio without a hitch.

About six versions of the poster were generated and it became an immediate smash across all demographics. A television commercial was also derived from the shoot. The JTB could hardly keep up with the demand for the poster. Sintra ended up living in Jamaica for a few years and she worked for the Special Projects Division of the JTB in Montego Bay.

She later moved back to Trinidad where she ran a hotel as well as a travel company that chartered private jets from Tobago to Venezuela and to the Grenadines. She is married to William Bronte-Tinkew, an international shipping investor.

So what does Sintra think about the Alicia Keyes poster? "Frankly, I feel quite honoured to be the recipient of all this attention," she chuckled. "Imitation is the greatest form of flattery."

The JTB, too, is very excited about the buzz that the posters are creating on social media. "This is a wonderful endorsement of the power of the original poster and we are thrilled to see this branding playing out on social media," tourism director Paul Pennicooke told Outlook.

Special thanks to Anthony King, Noel Mignott, Winston Stona and Annette Stowe who assisted with this story.